Today we took Brittany to Padova.  I was wanting to go somewhere fairly close-by and we hadn’t been there yet, so we decided to check it out.  It’s a little over an hour SW of where we live.

Padova (Padua to the Italians) kind of reminds me of Verona in a way, except the emphasis here was the churches.  It supposedly is the setting for most of Shakespeare’s The Taming of the Shrew and it claims to be Northern Italy’s oldest city.  You can still see most of a wall, that once enclosed the oldest part of downtown Padova.  It also has a much newer area with malls and an Ikea.  Galileo apparently taught at the University of Padua, which was founded in 1222.

This is Prato Della Valle.  It was a huge round park, with a round mote of water around it with 78 statues all along the mote on either side, and a fountain in the middle.  Very pretty.  I wanted to take pictures of Abbie here, but she was asleep by that time, so I took pictures of the fountain instead.  It is believed to be the 2nd largest elliptical park in Europe. 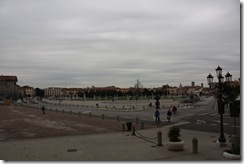 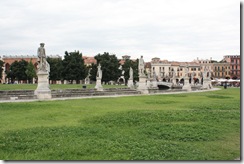 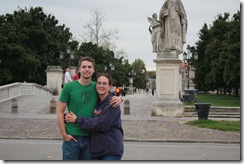 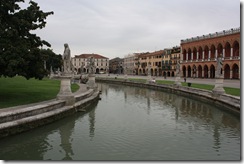 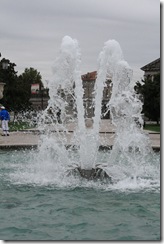 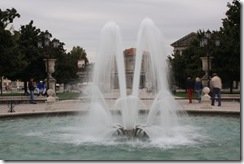 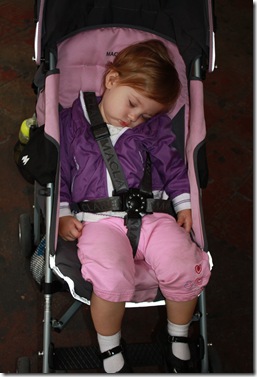 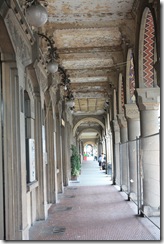 This is the Basilica of St. Anthony, otherwise known as Il Santo.  This church was extremely ornate inside, with lots of little chapels along the sides.  The tomb of St. Anthony is in this church and there were pictures of babies and kids taped to boards next to his tomb, along with letters.  There were a few people touching the back of his tomb while praying.  Because in most of the drawings of St. Anthony he is pictured with a baby, I assumed he was the saint of babies or something like that, but after reading about him on Wikipedia, that doesn’t really seem to be the case.  His story is pretty interesting though, so Google Saint Anthony of Padua if you want more info on him.  Unfortunately taking pictures in the church was forbidden, so I didn’t take any while in there.  You’ll have to come visit and I’ll take you there if you want to see it! 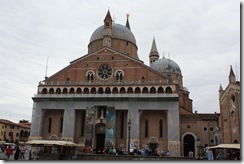 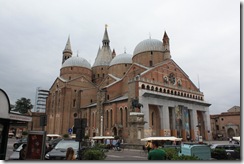 However, it didn’t say anything about taking pictures outside, so I snapped a few out in the courtyard area.  This magnolia tree is by far the largest I’ve ever seen.  It was absolutely beautiful! 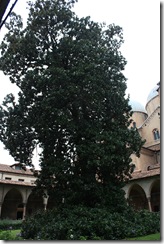 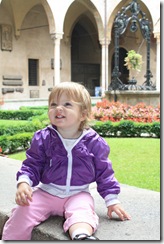 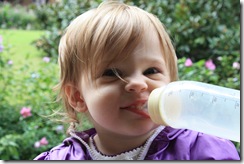 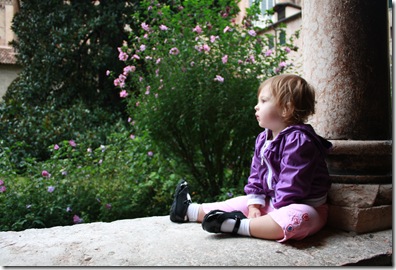 Abbie had a great time chasing the pigeons (and other Italian girls) in front of the church. 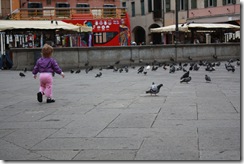 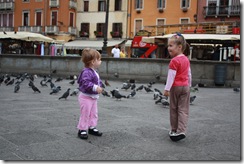 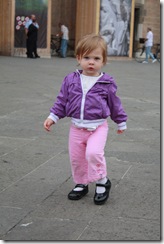 This is the Palazzo Della Ragione, which is said to have the largest roof unsupported by columns in Europe.  I was looking forward to going in and seeing it, but apparently they’re closed on Mondays.  Go figure. 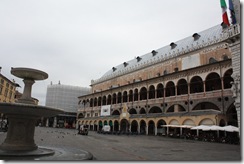 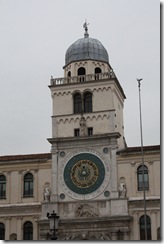 This the the cathedral of Padua.  It’s the 3rd building built on this site.  The first one was built in 313, but was destroyed by an earthquake in 1117.  Abbie discovered that her voice echoes pretty well in these huge stone churches so she was having a grand time making a bunch of noise in there.  So I was only able to snap one picture inside before I took her outside where she could make all the noise she wanted (and naturally she was quiet when we got outside…)  =) 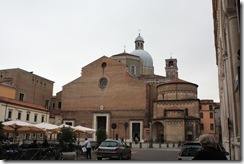 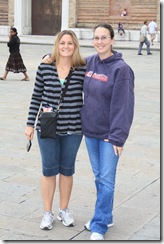 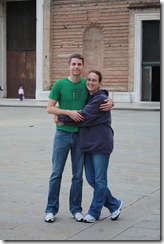 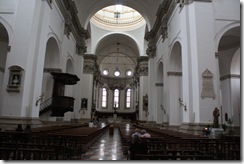 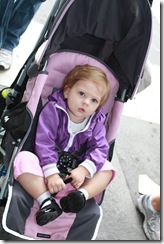 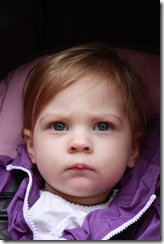 Below is the abbey and basilica of Santa Giustina.  It is supposedly on of the largest churches in the world, and I don’t doubt that.  It was HUGE.  It was built in the 5th century, and while it’s no where near as ornate inside, as Il Santo, it was beautiful.  (And you could take pictures inside.) 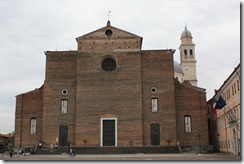 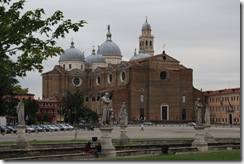 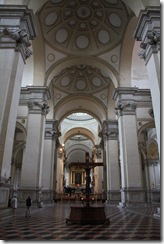 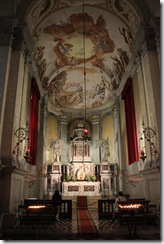 There was also plenty of shopping to do in the historical part of Padova, and parts of it we didn’t get to see, so I’d like to go back sometime.

Living in Italy truly is a blessing and I am thankful we get to see all these neat places that you probably wouldn’t visit unless you lived here.