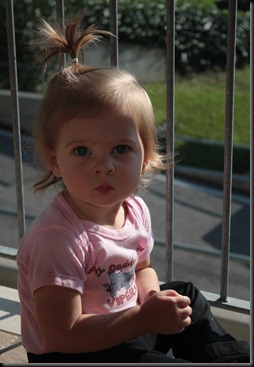 Abbie turned 16 months old yesterday.  It seems like just yesterday we found out we were pregnant, when in actually that was almost exactly 2 years ago already!  Where in the heck has the time gone?  She’s gone from being the size of a pea, to this energetic, VERY active toddler!  It’s amazing. 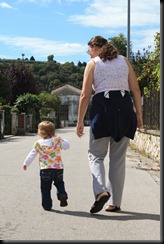 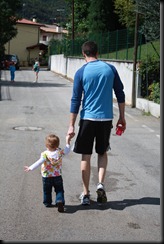 I’ve been trying to get out of the house with Abbie more often now.  She LOVES roaming around the yard picking “f-ow-r” (flowers), and luckily she only picks dandelions and not my good flowers.  She loves playing in the dirt, playing in the dog’s water bowl, watching Sadie run around like a loon and holding your finger while going for walks.  Any time the front door is open and I’m inside, she runs up to me, grabs my finger and says “walk” about 40 times in a row.  It’s pretty funny. 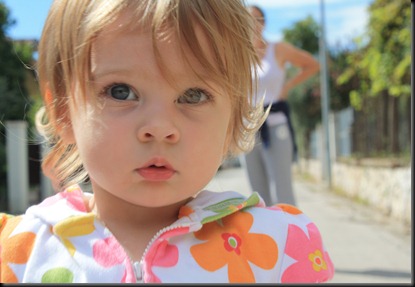 We’ve taken her to a little park, which is about a 10 min walk from our house.  The park leaves much to be desired, but Mark apparently has fun there and Abbie loves playing in the dirt and rocks. 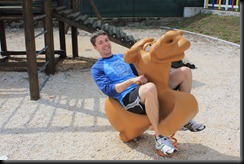 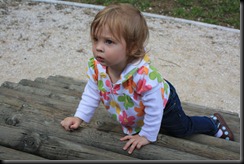 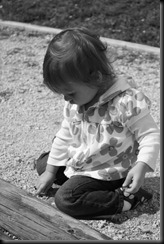 A week or two ago, I put pretty much all her 12 month clothes away, so now she’s wearing all 18 month clothes, except her onesies, which are still 12 months.  (Which is kinda weird that they still all fit since everything else 12 month is way too short for her.)  She’s in size 3 diapers and wears size 5 shoes, although I think most of her shoes are size 6 and too big.  I’ve switched her over the Huggies diapers since Pampers, which she’s been in since birth, started giving her pretty bad diaper rashes.  Since I switched to Huggies, we haven’t had any problems at all. 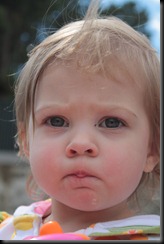 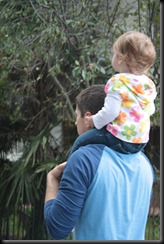 It’s a challenge getting her to eat now.  She’s more interested in throwing food on the floor than she is in eating, and I’m not exactly sure how to get her to stop throwing her food everywhere.  (Any suggestions??)  She’s getting a little better at not screaming so much since she’s getting MUCH more verbal now.  She talks a LOT and probably says 50-70 words and repeats pretty much anything you say.  Apparently I say “seriously?” a lot because every time I say that Abbie repeats it now, which is hilarious!  And she’ll say “bless you” when someone sneezes.  I had a friend babysit her today for the first time  and she couldn’t believe that Abbie said “bless you” after she sneezed, or how much she could say.  She was a late bloomer when it came to walking, but her verbal skills are impressive. 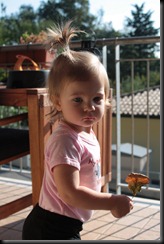 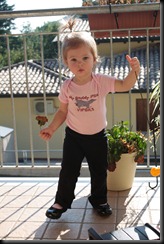 Abbie’s been a great sleeper since we got here (minus the first 2 weeks), but in the past week and a half, that’s gone downhill in a BIG way.  I’m not quite sure what’s going on, but she’s having major sleep issues now.  She cries as soon as you get her anywhere near her bed, where before you could lay her in there with her bottle and she’d finish it and go to sleep.  Now she SCREAMS, sometimes for 30+ mins.  And she used to sleep a good 11-12 hours and now she’s waking up 2-4 times per night screaming.  It’s not night terrors because she’s actually awake, and it’s not constant screaming, it’s letting out a few screams, laying down, getting back up and screaming, laying down, etc.  I think she might be getting teeth, but she won’t let me look or feel in her mouth so I can’t tell.  I’m hoping this is a short lived stage… 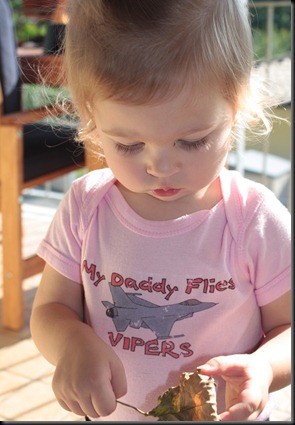 She knows what jets are now.  She’ll point to them in the sky when she sees them and on t-shirts and books and say “jet!” and she’ll say “jet” when she hears them flying around, and we’re working on the question “What does daddy fly?”  She’s said jet a few times, but I’m not sure it’s fully clicked yet.  Brittney’s trying to get her to say F-16.  =)  She knows her name and when you ask her her name she’ll say “Abbie”.  I’ve just started working on colors with her, and I swear she’s pointed a blue’s a few times and said “boo”.  Again, not sure if that’s just coincidence, but she did completely point at the color blue on a page full of colors when she said it, and the other time she picked up a blue magnet and said it. 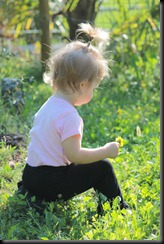 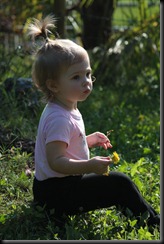 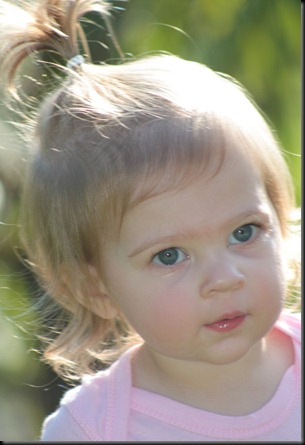 Other than that, not much to report on the Abbie front.  I’m already planning her 2nd birthday party.  Since her 1st birthday was VERY low key, with just Mark and I, I’m going to take advantage of being close to our families and have a big (well “big” meaning our families, which are both pretty small actually) party for her next year.  It’ll suck that daddy won’t be there, but I know her grandparents will be excited to partake in the fun, since who knows when they’ll actually be around for another birthday.  It stinks not living close to family sometimes, but luckily we do get to see them more often than some people do.

Oh, and Ollie, our first kid, wanted to partake in our yard photo shoot.  He’s such a regal weina… 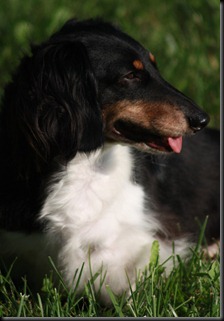