Predjama Castle is over 700 years old and was built into this cave for maximum protection.  Apparently it was inhabited by knight Erazem, who was a “robber baron” and the caves behind it connect somehow with the Postojna cave.  You can take a tour of the cave but you start below the castle and end above the castle and I’d already climbed enough stairs the previous day in the basilica bell tower in Aquileia.  Next time we go, we’ll do the cave tour, because I think it would be fascinating. 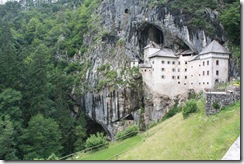 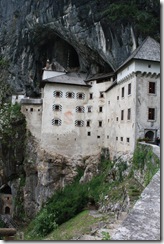 Views from inside the castle. 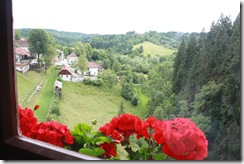 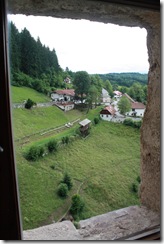 Us at one of the look-outs.  (Thanks for taking all the family pictures for us Ryan.) 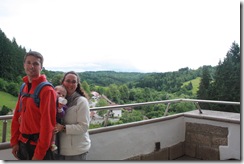 This was a passage way thru the cave up to another look out.  The steps were uneven, big, and if you noticed, wet (which meant slippery).  When we were at the top of this, there was a family of 5 up at the top.  The mom went down first, followed by the oldest 2 kids, and then the dad, who was wearing flip flops, put the youngest, who’s probably 3 or so, on his shoulders to go down the stairs…  Uhh..  That might not have been the brightest decision he’d made in his lifetime.  Luckily he made it down safely, but I was nervous for them.  Mark turned away because he couldn’t watch. 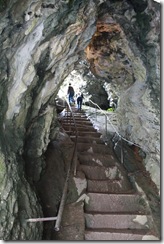 Those steps go down to the entrance to the cave. 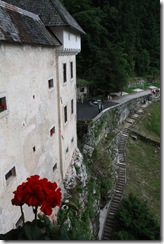 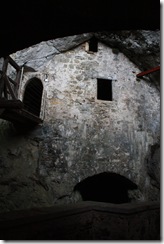 Ryan, Mark and Abbie at another look-out. 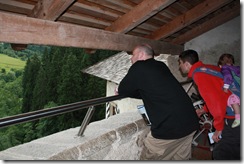 This is one of the cave portions in the castle. 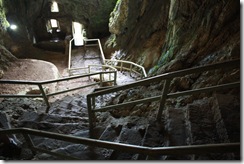 They sell wine at the castle.  Mark wanted to buy a bottle, and they even let you bottle it yourself.  So here’s Mark (and Abbie) filling the bottle, putting the cork in, adding the tag and the stamp, and then he dipped the neck of the bottle in hot wax.  It was pretty neat. 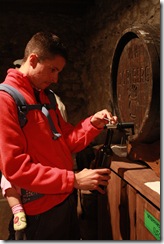 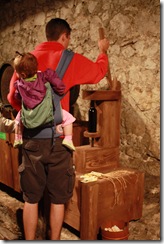 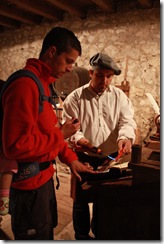 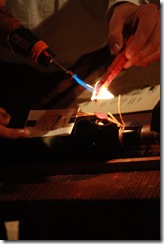 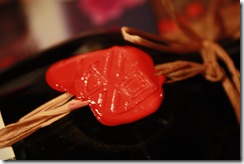 I told the guy I only liked sweet alcohol (he was only selling dry wines), and they had some honey bourbon for sale that he let me try.  It was definitely sweet, and it warmed you up pretty quickly.  Mark, Ryan and I split the taste of it.  It was good, but I didn’t buy any.  =)

And here’s the prettiest thing in Europe that I’ll never get tired of seeing (or taking pictures of). 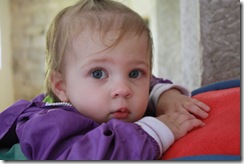 I am absolutely loving all of your photos and hearing all about your adventures overseas! You are going to have an amazing collection of photos and stories by the time your assignment is over!