We took a trip to Slovenia last Saturday with Ryan to check out the castle in the cave.  I’d never been to Slovenia, but this small country (about the size of New Jersey) is a hidden gem in Europe.  We’d gotten there the day after Slovenia tied the US in some big soccer game, so every time they’d ask us where we were from (and they did ask us every time) and we said the US, they’d laugh and ask what we thought of the game.  You could tell they were all very proud and a few of them said what a big deal it is for small country like theirs to tie the US in anything.  But they were very welcoming and seemed happy that we were visiting their country. 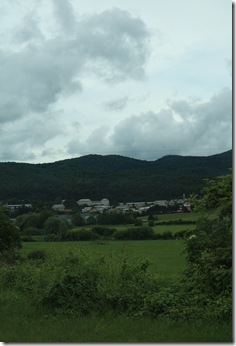 So we mainly went to southern Slovenia to see the castle in the cave, but we stopped by Postojna Cave (pronounced pos-toy-na) because it was on the way.  I thought it would be some neat cave, because all caves are neat, but this exceeded my expectations.

This is the river that is running through one of the levels of the cave and that created the entire cave. 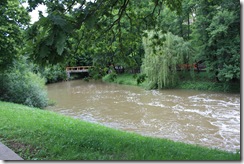 We were in the cave for an hour and a half and Abbie did great the whole time!  She really likes riding around in the Ergo, although we did carry her (not in the Ergo) during most of the time in the cave so she could see better. 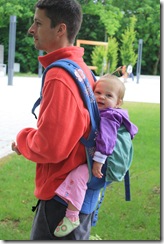 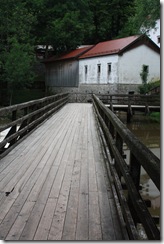 So you’re not supposed to take pictures in the cave because it ruins the caves.  I took all these pictures without the flash, so it didn’t ruin anything, and because everyone else was also.  They’re not as strict about those kind of things in Europe as they are in the US.  It’s more of “suggestions” to not take pictures than “no pictures allowed” type thing. 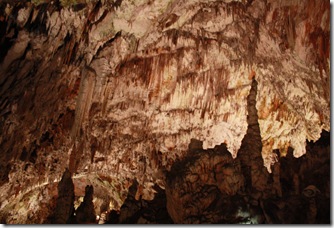 This is the largest cave in Slovenia, 21km worth of cave system.  It ranges from 80-140 meters deep and has 3 levels. 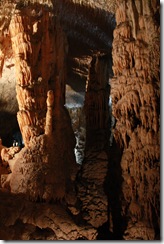 We rode a little train into the cave and out of the cave and then walked a little over a mile thru the cave.  You get to tour 5.3km of the cave, which is the longest publicly accessible cave in the world. 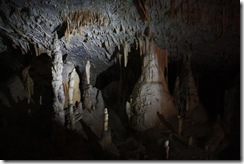 They have found traces of habitation in the caves in this area from the ICE AGE, which was 20,000 years ago!! 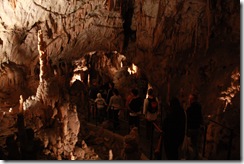 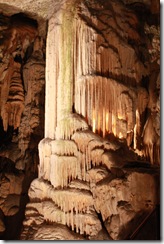 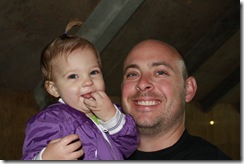 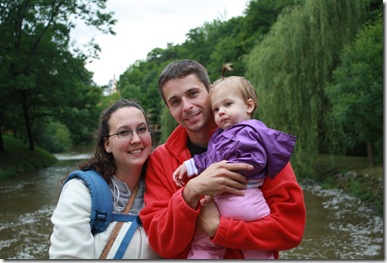 These pictures are awesome!