This last TDY Mark was on was to Israel.  He couldn’t tell me where he was going before hand, but he could show me the pictures once he got back.  If I asked him to write this blog, it would no kidding, take him at least a few hours to do it, whereas it’ll take me about 10 mins.  So all this info is 2nd hand.  He told me all the stores the day after he got back, which was a good 3 weeks ago, but I’ll tell you what I remember.

This is out in the middle of nowhere Israel, which I guess is what the majority of Israel looks like. 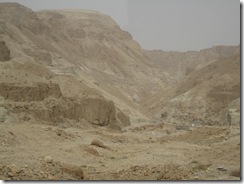 This is Masada National Park.  Apparently the Sicarii built this huge fort on top of this big hill and lived there, until the Roman’s came along.  The Roman’s built this big ramp up to this fort, took them days to do it and when they’d finally completed it, the stopped for the day and were planning on invading the fort the next day.  Apparently the Sicarii knew the Roman’s would either kill them or make slaves, so all the Sicarii committed suicide to prevent that fate and the Roman’s came up the next day to a fort full of dead people.  You can read more about it HERE. 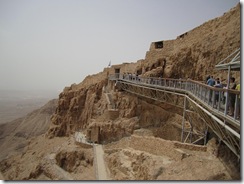 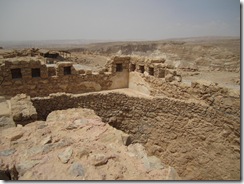 This is the ramp the Roman’s built. 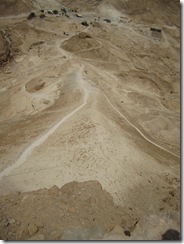 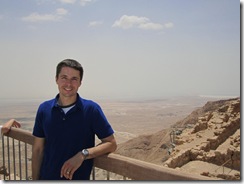 View of the Dead Sea from the fort. 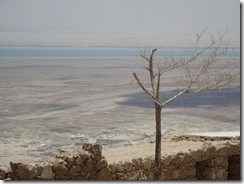 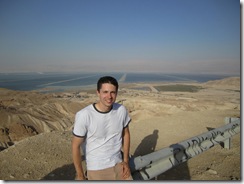 The Dead Sea near Jerusalem I think. 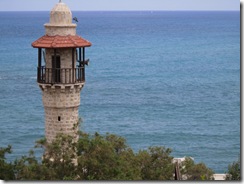 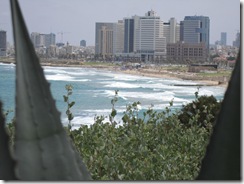 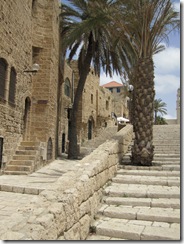 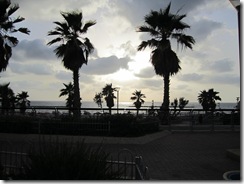 I *think* this is a view of Bethlehem as seen from Jerusalem.  They’re in the process of building a huge wall to separate the two since the people in the two cities don’t get along at all due to the whole Muslim and Jewish thing. 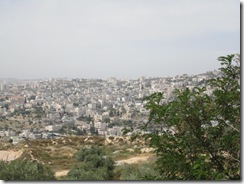 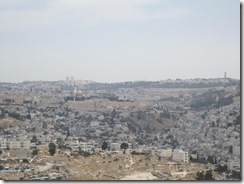 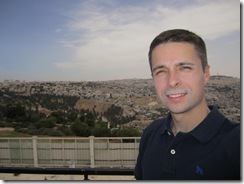 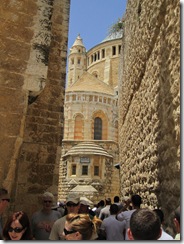 This is the Dome of the Rock on the Temple Mount.  Click HERE for more info on that. 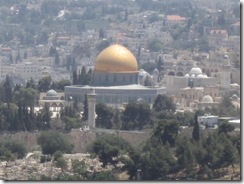 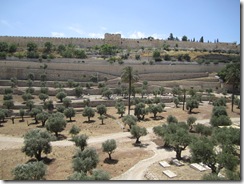 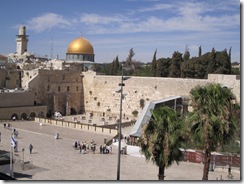 They went swimming in the Dead Sea one day.  Mark said it was really weird.  Because it’s like 30% salt or something, you float REALLY easily.  There are pictures of guys floating on their sides.  Mark said you do NOT want to get this water in your eyes though. 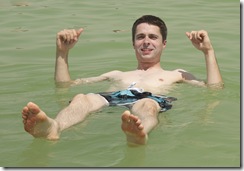 He got me a few lotions from the area and they work REALLY well.  He got me this mineral foot stuff and my feet haven’t been this smooth in a LONG time.  It works great.

Overall, I think he really enjoyed his time in Israel, despite being away from Abbie for so long.

Just caught up on your posts, lots of great stuff and good pictures! :)