For so many years, Memorial Day had just been a day you get off school, or work.  I don’t think I ever truly thought about the meaning of Memorial Day, until I married Mark.

I have been to Washington DC numerous times with my mom when I was younger.  We were almost always there over Memorial Day weekend, and we’d attend the concert held in front of the Capital Building.  We’d visit Arlington Cemetery and see rows and rows of those white crosses, and even saw a funeral procession, with the casket on a horse drawn carriage, a flag draped over it.  We listened to a bugler play Taps on his trumpet.  We witnessed Rolling Thunder, which was the largest procession of Harley Davidson’s that I’d ever seen in my entire life, all proudly displaying their American Flags.  I think we stood there for a good half hour, watching bikes go by.  It was a very moving experience.  All of DC can be a moving experience.  And I think I was so moved because I was so wrapped up in the patriotism of it all.

And then I married Mark.  And all of a sudden my viewpoint changed. 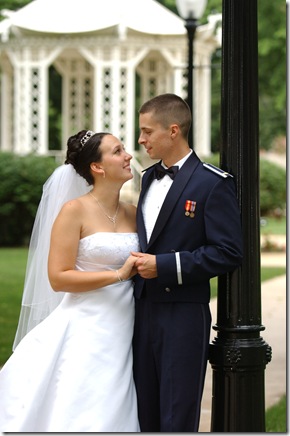 Now looking back on my memories of Arlington, all of those crosses, which really are beautiful to look at, are someone’s husband or father or brother or son.  Now it’s all too easy to put a face behind a name, and to put myself in that situation of having a loved one die.   Now it’s imagining what those poor families went thru when they lost their loved one who was fighting for our freedom.  Now it’s dad’s not being able to see their children grow up, and parents losing a child, and spouses losing their partners and having raise families and face the world alone.  It’s all much more personal now.

I’d like to think I was grateful for the people who have served and are serving in our military before I married someone in the military, but the truth is, I didn’t know the half of it then.  I knew that people deployed to war zones and some of them died, but I didn’t realize all the in-between stuff.  Sometimes men and women are deployed for over a YEAR.  Imagine not having your spouse around for an entire year.  Men miss their children’s births, and birthdays.  They miss all holidays and anniversaries.  They miss first words and first steps.  Often times when they come home they have PTSD (post-traumatic stress disorder), and they have a hard time coping.  They come home to children who don’t know them anymore, and are afraid of them for short periods of time before everyone adjusts.  Spouses have to do everything as a single parent for long periods of time.  They have to deal with explaining to young children many times why daddy isn’t there and how he can’t come home for a long time, or, if the worst happens, that he won’t be coming home at all.  Kids often have issues with daddy’s being gone.  They act out and are angry because they just don’t understand at young ages, or they do understand and are frustrated and scared at older ages.  I never thought about ANY of this before I married Mark.

So on Memorial Day, I hope we can all remember, and be thankful for, the huge sacrifices that SO MANY have given so that we have the right to the freedoms we are granted.  I hope you all have a wonderful Memorial Day with friends and family.  Wish I was there to celebrate with each and every one of you. 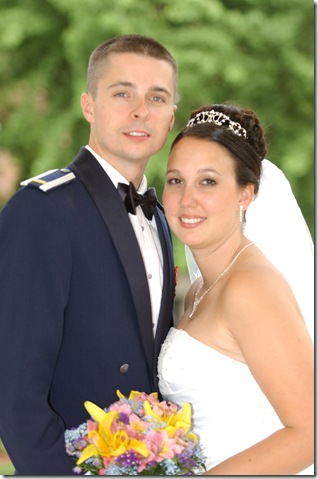 PS:  I love you Mark, and I really, really miss you.