Twice a year they have a bazaar here at Aviano.  It is where vendors from all over Europe come to sell their goods.  It was pretty neat and they had a lot of cool (and very expensive) things for sale.

There were lots of vendors selling wine, as could be expected when you live in Italy, along with olive oil, and other products made from olives and their oil.  There were lots of pottery vendors – ceramic dishes that were beautifully painted.  There were 3-4 vendors selling furniture that was absolutely exquisite, and very expensive.  Most of it was refurbished hutches and wardrobes dating back to the early 1800’s, and most of it was well over $1500-$2500, so we decided to save up for something like that.  There were a few vendors selling clocks, grandfather and tradition Austrian coo-coo clocks.  They were also neat but the grandfather clocks were around $3000 and the coo-coo clocks where around $300-500, so again, we didn’t want to spend that much, but they were neat to look at.  There were a few rug vendors, directly from Turkey (Turkish rugs are a big thing here, but again, also very expensive and I just can’t see spending thousands of dollars on something you’re going to walk on).  And a few artist vendors that had neat paintings.

We bought a few things.  The first day I was there I bought Mark a pewter magnet and wine stopper that had his squadron patch on it.  And I bought a few small gifts for a few people and I don’t want them to know what they’re getting so I’m not going to tell you what they are.  The second day when Mark and I went back, I talked him into getting another good knife from one of the dealers.   I have one good knife that I use all the time, so now I have 2 good knifes.  Eventually I’d like to get a decent knife set, but they’re uber expensive so that’s another thing to save up for. 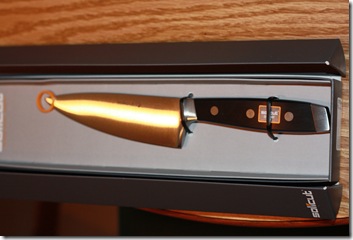 We also got some cheese – smoked gouda and other kind of garlic gouda/butter cheese that we liked.  And we ordered a mosaic tile sign that we’ll hang on our porch.  It should be here the first week in June so I’ll post a picture of it then.

The one thing that I wanted to get, but didn’t because they were expensive (surprise, surprise) was a cork purse.  I’ve never seen purses made of cork and it was fascinating to me.  It looks and feels kind of like leather, but it’s made from the bark of a tree, and they don’t kill the trees making them, they just cut the bark off of them every 9 years and then process it in a special way.  They were really cool and the one I wanted was $150, so I’ll save up and hopefully get it at the fall bazaar.

The cork purse sounds nifty. The whole thing sounds fun to look at! I love going to things like that even though I typically cannot afford them. I like to pick up pottery or artwork here and there.
You know, I have not thought about a coo coo clock in YEARS but when I was little I really really really wanted one. ha ha. I don't think anyone knows that. Such a weird kid, coveting a coo coo clock and carpet. ;)

I love smoked gouda... we'll have to get some in September when I come and meet you. BTW, I'm going to buy my tickets. I can't wait:)