Taxes, wills and the idiots on base. 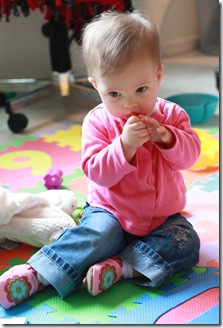 This probably could be 3 separate blogs, but I’ll just ramble on it one big long one today.

Mark got all of our taxes done for last year this week.  Let me just say it is a HUGE pain in the ass when you’re military and have lived in 2 different states and then are a “resident” of a third.  Mark can claim residency anywhere since he is military.  He claims IL residency bc military members don’t have to pay state tax in IL and it’s easier than switching everything every time we move.  So I’ve always claimed IL residency too, so we can file jointly.  Well I worked in OK this year, made a measly 3K, and that’s just a huge pain to figure out who we owe or who owes us.  Turns out OK owes me the $11 I paid in state taxes back (woohoo!) and we don’t owe IL anything for me because I didn’t earn enough.  And we’re FINALLY getting a BIG refund for federal.  Thank God.  Ever since we’ve been married we’ve ended up owing $300-$600+ in federal taxes.  Last year our taxes were all messed up and we were STILL getting letters from IL last month saying we still owed them more money.   The whole resident, part-year resident and nonresident stuff will get you every time, but luckily we won’t have to deal with it next year since I’m not working at all this year.  Yay.  (Actually under the SOFA agreement the military has with Italy, I’m not allowed to work anywhere off-base to earn money while we live there.  Not that I would anyway, but I thought that was interesting.)

Mark and I finally got our wills done.  We’ve been meaning to get one done before Abbie was born but he was so busy with training we didn’t have time.  We finally did it yesterday so that’s a relief to have that done.  It was Abbie’s naptime by the time we were done with the lawyer so when we were swearing all that stuff to that person, I could hardly hear her over Abbie’s screams.  They were laughing and the recorder lady said that she thought Abbie was adorable even though she was being a real pistol.  At least they were entertained, instead of annoyed…

So you’d seriously think that we were the first ones to move to Italy from this base.  These idiots make it damn near impossible to get orders, which we need in order to set up TMO (the movers).  Typically you get orders a HELL of a lot earlier than a month before you leave so you can set all that stuff up in advance, but the idiots on base don’t know what they’re doing.  You need like 14 different things signed by 14 different people, and all of these people have ONE day a week that they do stuff for people PCS’ing (moving – permanent change of station).  So we need a zillion medical clearances in order to get orders.  We turned Abbie’s paperwork in to her pediatrician over TWO WEEKS ago.  The dr was on leave for a week and then she only does paperwork on Wednesdays.  Nice.  So we got that back finally and then we have to turn all Abbie’s and my paperwork into this lady in a different office who then looks at it and then sets up an appointment for us all to come in and meet with her.  But naturally, they only do that on Wednesday’s also.  Mark got all his paperwork signed when he was going to Spang, so all the paperwork said Spang on it.  So he’s having to go around to all these people with new paperwork that says Aviano.  It’s just turning in to a huge headache.  Actually, it’s not turning into one, it’s been one for the past 2 weeks.  These people don’t make anything easy.  I tried to call and make Abbie’s 9 month appointment for Feb 18th and they wouldn’t let me because she won’t be 9 months until the 20th.  Really?  Two days is going to make that much of a difference?  Give me a freaking break!  The lady was like, we’ll you’ll just have to do her appointment when you get to Italy.  Oh come on!  Like I’m not going to have enough to worry about between learning the language, in-processing that base, finding a house, buying a car, etc let alone we probably won’t get around to her 9 month appointment until she was over 10 months old.  It would just be nice to have her 9 month appointment done before we leave Luke.  These people really need to learn to do their damn jobs…  You’d think they worked for the government or something…. 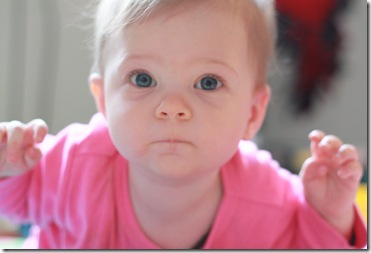 I feel your pain! When we left Vance it was a MESS! No orders, a husband at SERE and we're moving in ... 2 weeks?! It's not like they don't graduate and out proccess a class every 3 weeks?! SHEESH

We finally got wills when Sierra was born as well. Did ours through legalzoom.com, so no lawyers and what not for us, though.

Also, unless you LOVE your ped, just see if you can get in with someone else. There's absolutely no reason that you shouldn't be able to get a 9 month appt. 2 days before she's 9 months. Crazy.