I am officially married to a United States Air Force F-16 fighter pilot!  How cool is that?!  Mark’s class finished 5 weeks ahead of schedule AND we had a baby 4 weeks into this course so he was a new dad for the majority of it.  He took 10 written tests, had classroom academics, flew more than 50 hours in the simulators and 60+ flights in the jet.  The course was equivalent to 7 college courses.  I am very proud of him. 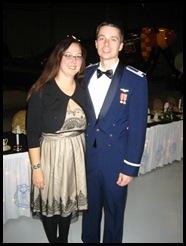 Here are a few pictures of the graduation.  It was held in a hangar. 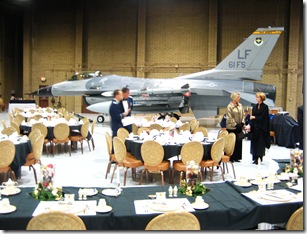 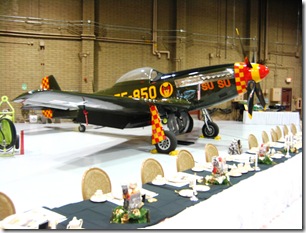 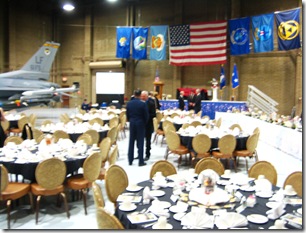 Here are a few pictures of me and friends.  Katie is the one in the uniform.  She’s the only female pilot in Mark’s squadron and was one of his IP’s.  She’s very sweet.  Amanda is the one in the red dress.  She had a baby (her 2nd) a day before I had Abbie so Jillian and Abbie are less than a day apart in age.  She’s been a good friend of mine since we moved here and I’ll miss her. 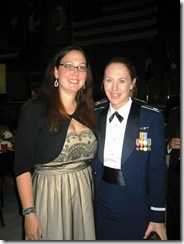 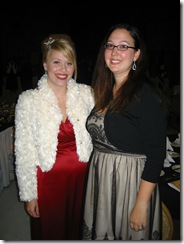 Here are the guys in Mark’s class plus his commander, Rico, in the middle. 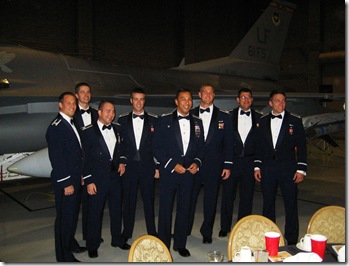 Here are the guys and their wives and girlfriends. 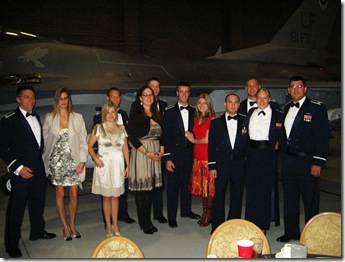 Here are just the girls.  Rachel, on the left is one of the guys girlfriends.  Kim, next to me, is doing her residency to become a doctor and they’ll be stationed at Hill AFB in Utah next.  Liz, in the red, her husband is going to Korea for a year and Carolyn, in the uniform, is married to a guy in Mark’s class and they’re going to Spang with us!  Super excited about that! 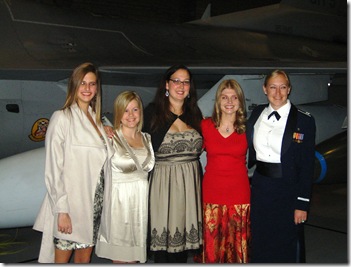 Overall the night was a lot of fun, despite the food being cold and most of us FREEZING (no heat in the hangar).  It feels like this was the end of something, but in all reality, this is truly just the beginning.

Monica! You look fantastic!! I love the dress and your hair is sooooo long!!! Please pass our "Congrats" to Mark, but don't forget you played a major role in his success as well :) I think you deserve a pat on the back, too! Miss you lots!

Your look stunning in that dress! Congrats Mark!