Mark's aunt, Elaine, died suddenly of a heart attack on the 21st of August. We went down to southern IL to be with Mark's grandparents and his family and we were able to be there for the viewing of Elaine. Unfortunately we missed the burial since Mark had to be back at work, but we were glad for the closure we got at the viewing and also to be there for the rest of his family.

I had big plans to make a video of pictures to go along with Alan Jackson's "Sissy's Song", which I think is very fitting. You can hear Sissy's Song HERE. (If you're getting this by email you'll have to go to www.adventuresofm-squared.blogspot.com to click on that link.) However, after looking through the thousands of pictures I have, I realized that I didn't have enough of Elaine to make a video, which makes me kinda of sad since I take so many pictures. 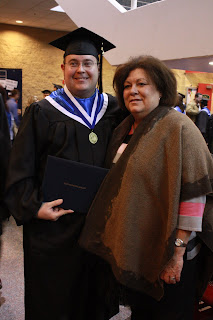 I only saw Elaine a handful of times in person, but I talked to her a few times on the phone, and she got to see Abbie on Skype for the first time two weeks before she died, and we are all very thankful for that. 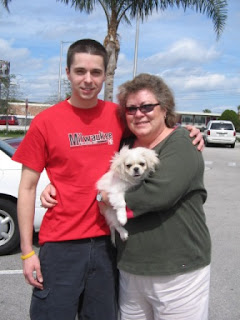 Elaine was a very down to earth, tell-it-like-it-is type of person and she made me feel like part of Mark's family maybe more than anyone else in his family did. I loved her straight forwardness and the "real-ness" of her. It never felt like she was holding anything back or beating around the bush at all. If she was thinking something, she'd tell you about it or if she had questions, she'd ask, and I loved that about her. It seemed like every time we were around her, she was content to sit back and watch what was going on around her, but at the same time was always eager for a good conversation too and conversations with her flowed smoothly. 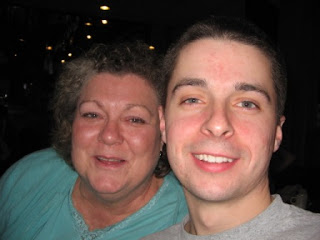 I know she thought of Mark and his brothers as her own kids and Mark and her had a lot in common. They both loved the show "Lost" and they liked to discuss politics and read similar books. I was hoping that Mark and I wouldn't have to deal with a death in his family for many more years, but I guess God had different plans for us. 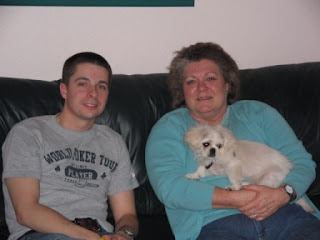 It seems like the past few deaths I've experienced, I'm more saddened by seeing the emotions of the grieving family members, than I am of the death of the person I knew. I think that is mainly because I know that Elaine is in Heaven now, with her beloved Pekinese, Montana, looking down on all of us and having a great time up there. She'll be waiting for us all and I have no doubt that we'll see her again some day. 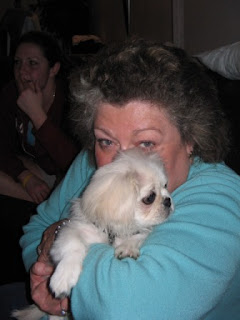 Rest in peace, Aunt Elaine. You are missed, but we will see you again.

What a beatiful memorial to Elaine.
Thank you

Sorry to hear about your loss. But I totally agree, our loved ones are waiting for us in heaven! I can't wait until everyone is all together forever one day :)