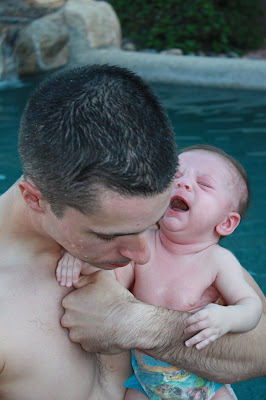 Abbie's first swimming experience was a success. She was uber pissy before we left the house and until we got her in the water. She had decided that naps were overrated that day, so she was pretty tired and crabby. But Mark and I knew she'd love the pool, so we took her despite her mood. 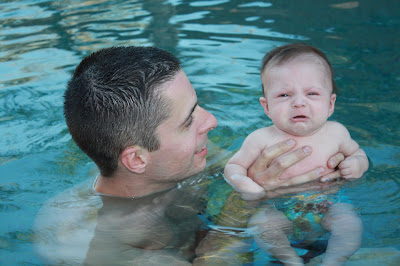 She changed from this (above) to this (below) in about 10 seconds. And she was happy as a little clam from then on out. 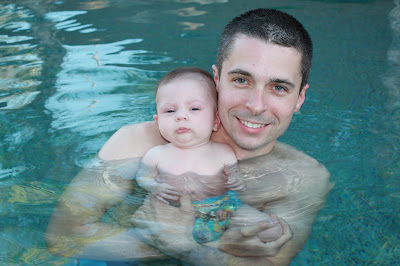 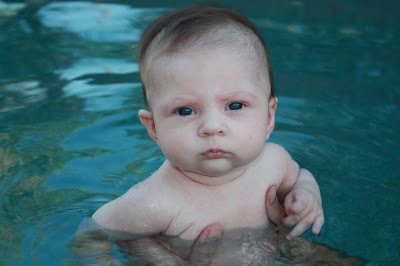 It's amazing how buoyant babies are! 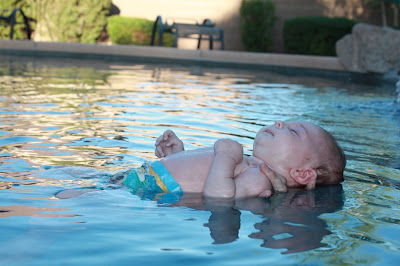 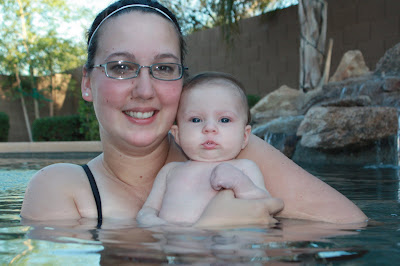 We only stayed in the pool with her about 10 mins or so. The water was great, and it was 101 out, but I was worried that she was getting cold bc she had little goosebumps. She slept really well once we got home. Go figure. 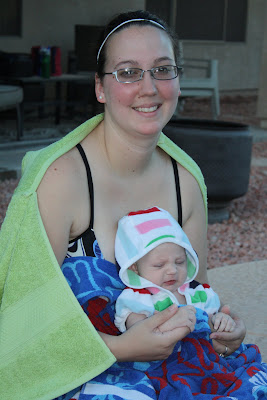 Mark and I decided if we ever make it back to Luke we are DEFINITELY getting a house with a pool. AZ is definitely the state to have a pool in.
In other firsts, as I was putting sunscreen on Abbie's back, I had her on her belly and she was super pissy, but she rolled over for the first time!! She rolled from her front to her back all by herself, and Mark was there to see it too. We were pretty excited. And then after the pool, she pet Ollie for the first time by herself too. We had her laying on the bed and he was laying next to her and she reached up and grabbed his ear hair. She did it a few times. Ollie just laid there. Pretty darn cute.

Here's another recent picture that I took of her. I love her in the headbands. 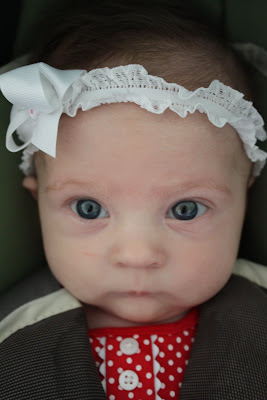