I really can't believe Abbie is already an entire month old! Where has the time gone? She's definitely changed a lot in the past month, even if she hasn't gained much weight. She's awake more now, and she's much more alert when she is awake. We can wave things infront of her face and she'll follow it with her eyes. She makes eye contact with you for a little bit also. I think she might be going through a growth spurt now because she wants to eat ALL the time. Mark's family was here for the past 4 days, so she got held a LOT and I think I'm paying the price now. She doesn't want me to put her down at all. She was getting a little better about it for a while, where I could put her down for 15mins or so and get at least a few things done. Now the moment she's not touching me she screams. My hopes of taking a shower today were quickly put to the wayside so I went grocery shopping without taking a shower. It'll have to wait until Mark gets home. On Friday, she teased me because she slept from 11:15pm to about 4:30am. I wasn't holding my breath that it would be permanent and it's a good thing since she hasn't done it since. We started giving her an ounce or two of formula a day. I nurse her for a half hour or so and if she's still hungry Mark gives her a little bottle. At this point, I think it's more important for him than it is for her. I don't like it when he feels like he can't do anything for her and he really enjoys giving her a bottle, even if it is very small. I've been trying to pump, but I can barely pump more than an ounce out of both boobs at a time. I don't really want to spend more money on an electric pump, since the only reason I pump is so he can feed her.


Still not as long as the weina dogs. 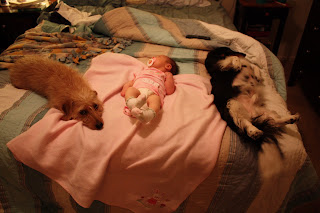 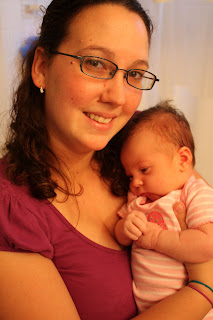 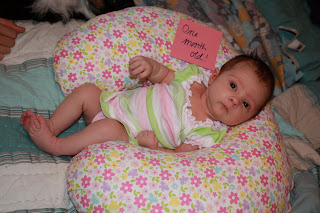 Nose to nose with the weina 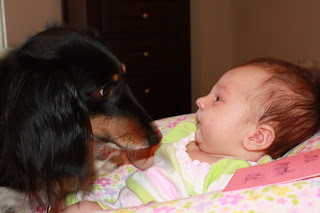 Ollie is never far away from her. 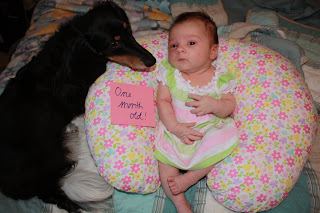 I love this picture of them. 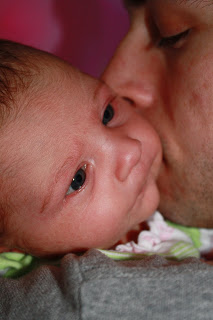 White Tank Mtns with Phoenix in the background. 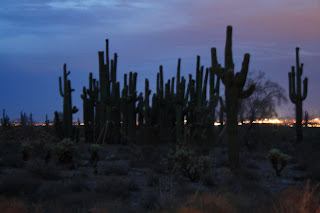 Proof that we live in Phoenix! 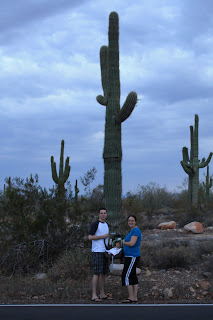 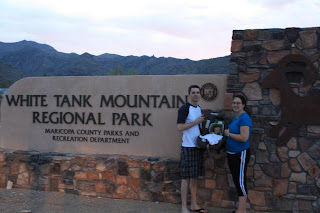 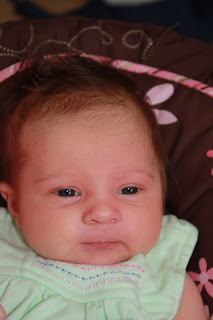 Congrats on making it through your first month. It sounds like you are both settling in to life with a baby. Before you know it, you'll be saying "I can't believe it's already been A YEAR!" Phew! I feel your pain with the baby that won't be set down. It gets better.

Awww...what cute pictures! I love the one with you and Abbie.

Love the pics! She has the cutest expressions!