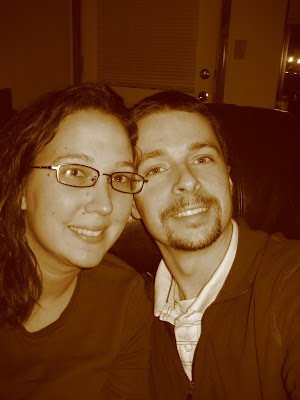 I think I'm almost officially out of my funk. I was in a much better mood today, but now, for some reason I can barely keep my eyes open... And it's only 7:40pm... And I took a nap this afternoon. I don't know what my deal is but oh well.
Today is the halfway mark for us with this pregnancy. I can't believe it's already half over! The first trimester just seemed to drag on, but the first half of the second trimester has seemed to fly by. I still, for the most part, feel great! I have a few more aches and pains than normal, but nothing to really write home about. I still absolutely love being pregnant and I'm excited to see what the future holds for us. Mark and I opted out of testing for downs and other genetic diseases. I might have considered it some if Mark had wanted to, but he didn't really have any interest in me getting tested, so we just opted out. Hopefully we'll be pleasantly surprised when all is said and done.
We took a breastfeeding class last night. It was really, really interesting. I will be absolutely devastated if I cannot breastfeed. Since I have no intentions of working outside the home after this baby is born, I feel like my job will be caring for the baby, and a huge part of that, for me, is breastfeeding. I realize that BFing is a personal choice, and not everyone is as gung-ho about it as I am, and if other people don't want to or didn't, then I have nothing against that. But for me personally, I will feel like a complete failure if I can't. My mom didn't produce any milk at all, which is why I'm pretty worried that I won't be able to either. Hopefully I will though. The lactation consultant who taught the class said that if you BF your baby for a year, you'll save about $2000. That alone would be enough incentive for me to try, although there are many reasons I would like to breastfeed. We learned all about what happens to the baby the first few hours after she's born, and what they look for and test for, etc. It kind of stinks that we won't be delivering at the hospital we're taking the class at, but what can you do? Next week we're taking a class on infant care and then the next week we're taking a class on infant CPR. In between those we're taking a birthing class, which I think will explain all the different birthing methods to us. We're taking these a little early, but Mark wanted to go to them also, and since he starts IFF at the end of Jan and won't be available to take classes at night, we decided to take them now while we both had the time.
I just wanted to say thank you to all of you who have spent lots of time emailing me with ideas and suggestions and personal experiences of your births. I truly feel blessed to have so many knowledgeable people in my life to help me figure out all my options. You guys are amazing! And I promise I'll get back to all of you - I'm still "digesting" everything you've all thrown at me! =)
Here are a few pictures for you. 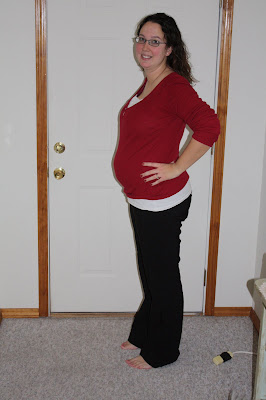 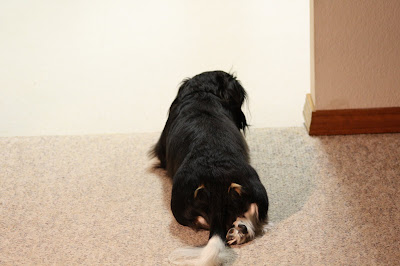 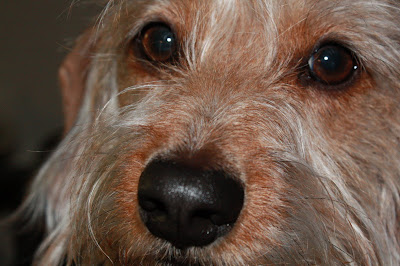 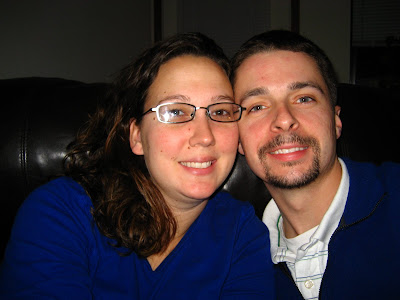 I LOOOVVEEE when Mark has a go-tee. Unfortunately he usually can't have it bc of Air Force regs, but he grows it for me when he doesn't have to go to work. He's hot!!

Just don't let anyone tell you Baby Girl needs a bottle. Her tummy is the size of her fist and little bits of colostrum are all she needs in the first few days until your milk comes in around day4. Just let her nurse whenever she wants and you will have a great supply.

She will lose weight-all babies lose water weight. She will only have 1 diaper per day of life. That's normal.

Another good thing about breastfeeding is that you will lose the pregnancy weight faster, too. I breastfed Trevor and all of my pregnancy weight (a whopping 56 lbs) came off within about four months. It was an awesome bonus :)