So it’s not really a machine, but kind of.

My “end of working for 2 years selling real estate” gift to myself was to upgrade my camera to one I’ve been wanting for quite a while now.  And it seemed like it was perfect timing with the arrival of Jamison.  I finally got the 5D Mark iii and I LOVE it!

Around when Ben was born, we upgraded our camera to the 60D.  It was a pretty big step up from the XSi, but looking back, I wish I’d just gone to a full frame then, instead of holding out.  We also got the 18-135mm lens with the camera.  While I owned that camera I got my first L series lens, the 24-105mm, and we also got our first off camera flash – the 430.

So it seems only natural that I’d upgrade once again after we had baby #3.  I’ve been ready for a full frame camera for quite a while.  The 60D is great, but it’s low-light capability is terrible.  Trying to get decent shots of the kids inside, even when they’re fairly still, was next to impossible.  I’d have to bump up the ISO a ton, and then the shots had a bunch of noise in them, which was annoying.  But it’s not every day you have $2500 to spend on a camera, so I held off for quite a while.  I made a deal with Mark that when I sold our house and we made a decent profit, I would upgrade my camera.  Well I did sell our house and we got a full priced offer, so I saved us over $10k by selling it myself – hence me getting new camera gear.  I debated long and hard about getting a 6D vs the 5dmiii, and it would have saved me around $1200, but in the end, I decided to go with what I’ve wanted for a while.  The 6D is a great camera, but I plan on keeping this camera for a long time (even if we do have another kiddo in the next few years) and I wanted the best of what was offered currently, and that’s the 5dmiii.  It has a better focusing system in it and it’s just built better than the 6D, so I thought I’d better get the most sturdy camera I can find considering how I plan on taking this all over the place. 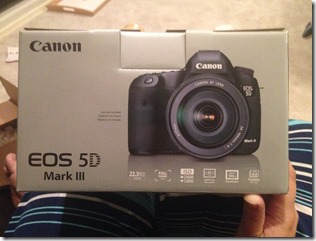 I figured, while I’m at it with upgrade my gear, I might as well get one of my dream lenses as well.  So I majorly splurged and got the 70-200 ii 2.8.  I figured since I had the 24-105 I already had the wide angle end covered and wanted to get more zoom, so I opted for the 70-200.  It’s my 2nd L series lens and I love it, even if it does weigh more than my newborn.  It’s a huge lens and not your every day walk around lens, but it’ll be great once the kids get into sports and shooting things at longer distances.  I someday want to get the 24-70 to go with this lens, and then maybe an 85mm, and possibly a wide angle, but for now the 3 lenses I have are pretty good. 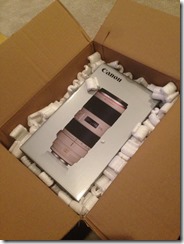 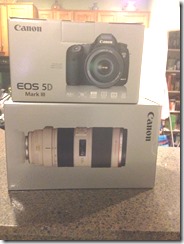 I did sell a few of my lenses – the 18-135 and the 75-300.  But now I have 4 cameras – my very first SLR – not digital – Rebel, the 60D, the G1X m11, and the 5dmiii.  I’m not sure I’ll sell the 60D any time soon.  I think I might just keep it as my back up camera for now.  I need to start carrying around the G1X more as it’s a great little camera, but my diaper bag is already heavy enough.  I took a bunch of pictures at Disneyland with it last September, and I don’t think I’ve even gotten around to posting any of those yet.  I am so far behind on getting stuff on this blog.  It stresses me out.  I’ve taken a bunch with the new camera too, but at this rate it’ll be next year before I post any of them..  Ugh!

In the meantime, just trust my word.  This is an amazing camera! 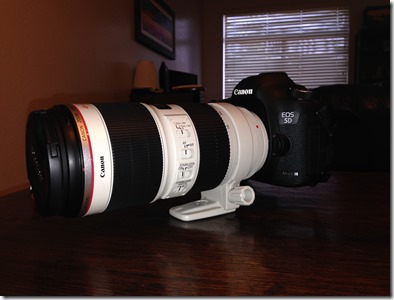