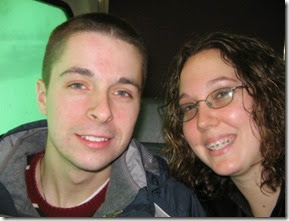 The picture above was taken 10 years ago – January 2005 – when Mark was finishing up his Bachelor’s degree in Electrical Engineering and I was starting my second Bachelor’s degree in nursing. When I got my first Bachelor’s in Business Management, I chose business because I didn’t know what else to do and I figured it would go well with whatever else I wanted to do later on in life.  That much is true – it does and it will.  But business isn’t necessarily fulfilling to me.  I have no clue why nursing wasn’t on my radar at all when I went to college after high school.  I don’t think I ever seriously considered getting a BSN.  However, now it’s about all I think about. 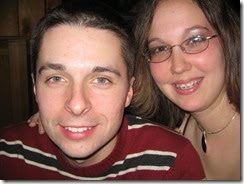 I have one year of a nursing degree done – probably more than one year if you take all my business degree classes into consideration also.  But I only finished one year when I went back to school because I met Mark, and I decided to quit school and move across the country with Mark when he commissioned into the military instead of being separated from him for 3 years while I finished my BSN.  I do not regret that decision one bit and wouldn’t trade my life with Mark for anything in the world.  But I REALLY wish I had my nursing degree. 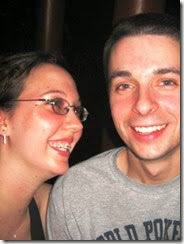 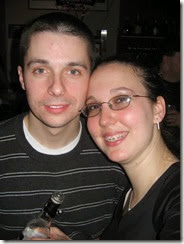 Oddly enough, spending the night in the hospital just fed my desire to finish my BSN even more.  My dream is to someday be an L&D nurse (labor and delivery).  I have a few friends that are nurses – some of them are in L&D – and I’ve heard it’s hard to get into because everyone wants to do L&D and once you’re in L&D you typically don’t leave until you retire.  One of my friends went back and got a BSN.  She has 3 kiddos and went to school full time through an accelerated BSN program and got her degree in a year.  They had to pay a bunch for a nanny for her 3 kids but she loves working now and is glad she did it. 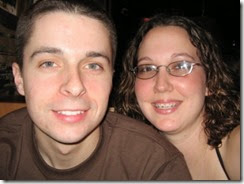 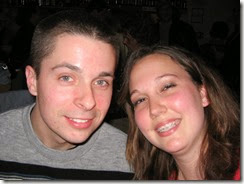 My main hang up is my kids.  I don’t want someone else raising my kids when they’re little.  After they’re a year or two old, I’m fine with putting them into daycare, but neither of my kids has ever been in daycare full time.  Abbie went to preschool full time when she was 4, and loved it, and we’ll probably do something similar with Ben when he’s 4.  Right now he goes 0-3 times per week depending on my work schedule for 3-6 hours per day and I’m fine with that.  But I’m not fine with putting my 3 month old into a childcare situation.  So that pretty much limits my ability to go back to school, especially if we want four kids after everything is said and done.  #3 is due in 3.5 months and we’ll probably start trying for #4 when #3 is around a year old.  So the EARLIEST I could technically go back to school to get a BSN with the time restraints I put on myself would be four years from now -  and that’s if we magically get pregnant right away and don’t miscarry and have to start over again.  So I will be at least 38 years old, probably closer to 40, when I could go back to school.  Is it worth it to go back to school that late in life and start a new career?  Would people even want to hire me at that age with no experience? 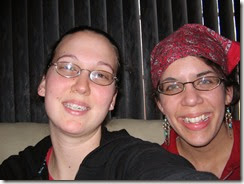 I’ve also considered just getting a lactation consultant certification.  I don’t think that would take more than a year or two and the classes aren’t too expensive and I would still get to help new moms figure things out.  But I think most hospitals hire nurses that are also LC’s, not LC with no nursing experience.  It’s an option, but I’m not sure if it’s a good one. 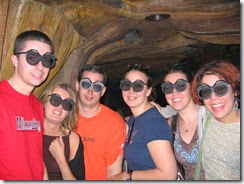 This is all just stuff I’ve been thinking about recently.  I really wish I already had my nursing degree.  Not that I’d be using it currently, so maybe it is better if I get it later on and then go right into a nursing career vs getting my degree and then taking 8-10 years off to raise babies and then go back.  I’m not really sure.  Maybe some day I’ll finally figure out what I want to be when I grow up… 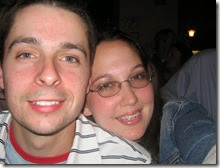 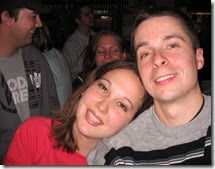 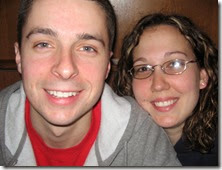 On a total side note, I was looking back at all of these pictures when Mark and I were in college together and I found these two.  Little did Mark know that he’d be flying both of the planes that we took pictures next to 10 years ago and now he’s teaching others to fly one of them!  Seems like these times were just yesterday because I still remember the early stages of our relationship very vividly, but in actuality they were almost 10 years, 6 moves, 3 dogs and 2.5 kids ago.  I can’t believe how time flies sometimes..  Below, the one on the left is Mark next to an F-16 and the one on the right is us next to a T-38, which he flew in 2007-2009. 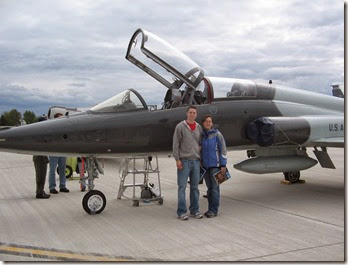 All tough decisions. Just do what you want to do.. what your heart tells you to do. That's the best advice I was given. If you can do what you love you are golden.

I still haven't figured out what I want to do when I grow up. ;-)

Good luck with whatever you end up deciding for yourself and your family. <3