This picture has nothing to do with this post, but it’s one of my favorites from our recent trip to Sedona so I thought I’d share. =) 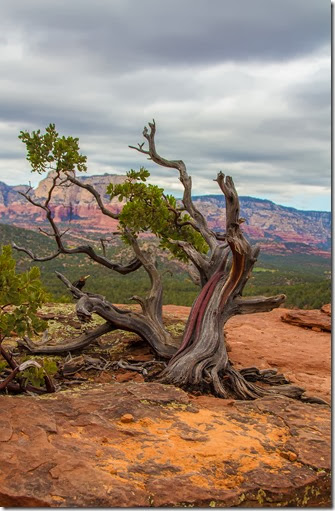 Finally!!!  I am finally a licensed real estate agent!  I can even begin to explain how glad I am that those classes and TESTS are behind me!  It’s been a process to get licensed, but I am excited to start working in real estate!

My journey to getting licensed actually started almost a year ago.  We came to look at houses in Phoenix and our realtor suggested that I started working for her doing data entry and lead management and things like that.  In Italy, it wasn’t technically legal to do work for money while living there, and honestly, the internet was too slow most of the time to do any real work anyway.  However, I did start doing a little bit of data entry for her, she just didn’t pay me until we’d moved back to the States.  I enjoyed learning the systems she used and it was nice to earn a little (very little) extra money.

After we got settled, she started telling me that I should get my real estate license so I could do more for her and earn more money.  I wanted to, but Mark was in training and his schedule was pretty inflexible and I didn’t want to be stressed out trying to coordinate our schedules and having to pay a babysitter a bunch to watch the kids between when I had to leave for class and he got home from work.  He finished his training mid-July and then I started to seriously thing about starting the course I had to take.  We decided I should start the first week in September since Mark was more familiar with his new job and Emily was some what settled here.

I started my 18 classes the first week in September.  They were all from 6pm-10:30pm (although most didn’t go quite that late) and I really enjoyed being in “school” again.  It was a REALLY nice break from being a mom and I actually got to concentrate on me for a few hours a week and interact with adults!  It was fun, although the classes got a bit more tedious as they went one.  In October, they didn’t offer any of the classes I needed for the first 2 weeks, so I took a 2 week break from classes then, and then finished up the 6 classes I needed at the end of October.  I finished with the classes on Wednesday, October 30 and I took the school exam for the first time 3 days later on Nov. 1.

You need at least an 80% on the school exam to pass, and the first time I took it, I got a 69%.  It was a pretty big blow to my self-confidence, even though I had heard from almost everything that I talked to that none of them passed it on their first try.  I still thought I would, but I was wrong.  November was crazy busy for us, and I felt like I barely had time to study at all, but I studied as much as I could between having visitors, taking and editing the squadrons jet photos, trying to keep up this blog, make a quilt for a friend (that I’m ALMOST finished with), etc.  I retook the school exam on Nov 27th and thank GOD I passed it the 2nd time!!

Next I had to take the state exams, so I tried to schedule those immediately after I passed my school exam.  However, the first opening they had available was Dec 11th, so I took it that day instead.  I was TOTALLY not in the mood to study any more before I took the state exams.  I felt like I knew things as well as I could at that point, so I reviewed a few things and took a practice quiz or two the night before that exam, but that was it.  I had to take it in downtown Phoenix at a testing center and I got stuck in morning rush hour, but I still managed to get there on time for the test.

The state exams consisted of an 85 question general licensure exam and then a 100 question state licensure exam.  The first one was pretty easy and I was fairly positive I passed that, even though it had over 10 math questions on it.  (The school kept telling us to not focus on the math questions since there were only a few on the test..  Not true at all, but the math questions have never been my issue so I didn’t have problems with them.)  The state test was a lot harder though.  There seemed to be a LOT of questions that I just wasn’t 100% sure of the answer.  The tests were both all multiple choice and I could always narrow it down between 2 answers, but then I was just making educated guesses.  I counted 20+ questions where I wasn’t sure of the answer, and since you have to get at least 75% or above on both of the tests, I was getting really close to that cut off of missing 25.  I must have been right on more than a few of them though since I passed that test also.

I was SO relieved to have passed both of those tests!  I can’t even begin to tell you how nice it is to not have those tests hanging over my head any more and constantly feeling guilty for not studying if I wanted to do anything else (like blog).  They didn’t tell me what my actual scores were though, they just said pass or fail on the tests.  I wish I had known how much I passed by, but I guess in the end it doesn’t really matter.

So now I just have to accept a job to activate my license!  I am officially licensed but it is considered inactive until I sign on with a brokerage.  I have a few options that I am going to consider in the next few weeks and then I’m going to start working towards building a business in January, and I’m pretty excited about that.  I’ve always been interested in real estate.  I love looking at houses and I love helping people, so I think this is a good way to connect the two of them together and also put my bachelor’s in business management to good work also.

If you know anyone in the Phoenix area, or anywhere actually, looking for a realtor, I’d love it if you’d refer them to me!  I can actually refer anyone to a realtor anywhere and can make a commission on that referral, which I didn’t know until I took all these classes.    You can email me at adventuresofmsquared@gmail.com if you have any questions and then I will email you back from my business account since I try to keep my identification info (aka my last name) off the blog.  I’m really looking forward to starting this new career!

I'm so proud of you, congratulations, Monica!!! I'll definitely send people your way :)

Yay Congrats!!! And I LOVE that picture you took!

Congrats! That's so exciting! People I know in real estate love it - and they always have the craziest stories about peoples' homes :).

Wow...that is so exciting!! CONGRATS, Monica! Wish we lived closer as it would be fun to celebrate in person. :)