My parents, Abbie, Ben and I headed to old town Salzburg on day 2.  Mark had to stay back to do master’s homework.  Boo.  The weather was pretty good – in the high 50’s/low 60’s and sunny.
We headed to Mozartplatz first, and Abbie ran around the fountain that Maria splashed in at the beginning of the Sound of Music. 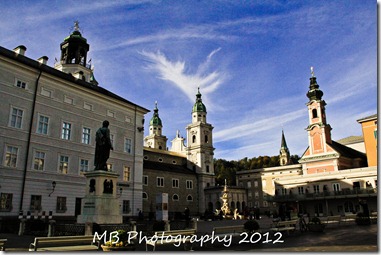 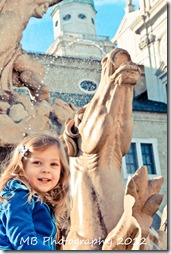 The splashing fountain is actually in Residenzplatz, right next to the Salzburg Dom church, which we also went in to. 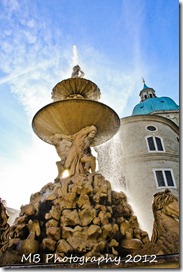 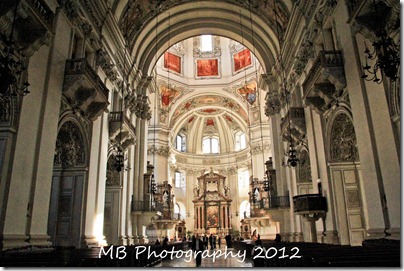 We bought a water painting of Salzburg and then CD’s from a classical guitarist outside the church and then we went to St. Peter’s Cemetery, which they called the catacombs, but they aren’t like the underground catacombs we saw in Rome.  The catacombs here are the ones that the VonTrapp family hid behind at the end of the movie, although those ones were recreated in Hollywood.  They were made after the ones in this cemetery though.  It really was beautiful and every grave had it’s own little flower garden on it.  This is the oldest cemetery in Salzburg and is also known as “Petersfriedhof”. 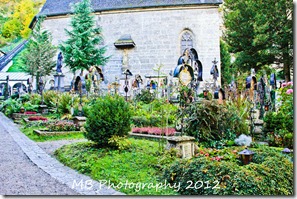 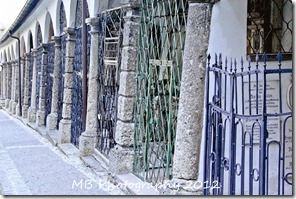 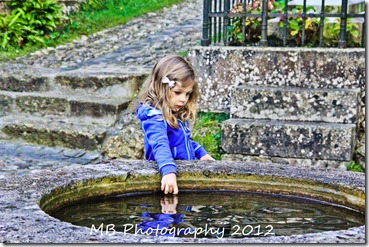 Next we headed up to Hohensalzburg Castle, and the views were AMAZING! 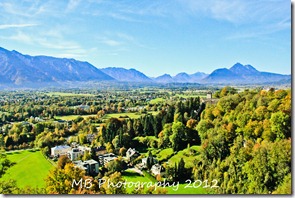 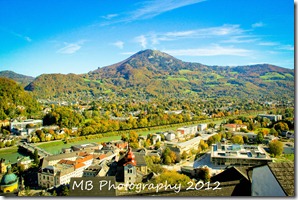 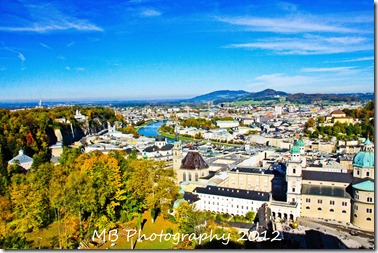 This castle is one of the largest medieval fortresses in Europe and construction began on it in 1077.  It is built on top of the Festungsberg mountain and was used as military barracks in the 19th century.  It also held prisoners during WWI. 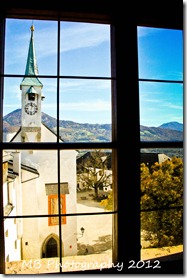 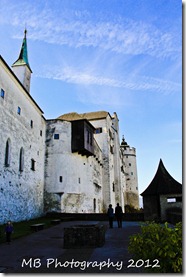 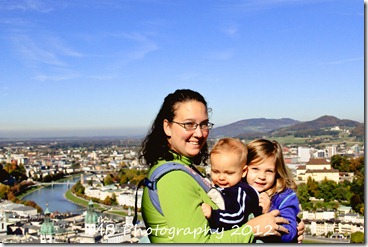 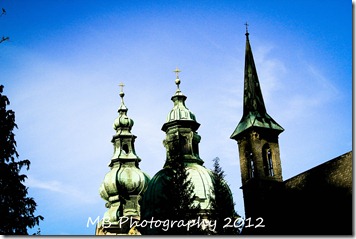 After we toured the castle and the marionette museum, we headed back down to the old town and grabbed some lunch.  I should have taken pictures of it but I didn’t, but it was some potato skillet dish that was topped with an egg.  It was really good and it warmed us all up.
As we were walking back to the car, we passed a guy doing a marionette act.  Abbie wasn’t too sure about the guy and she didn’t really want to get that close to him to give him the money.  My mom tried to convince her to put the money in his hand, but she wasn’t having any of it.  She gave everyone standing around watching her a good laugh though.  She didn’t mind posing with the Mozart ghost though. 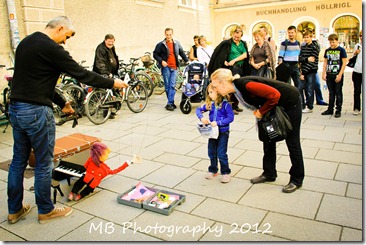 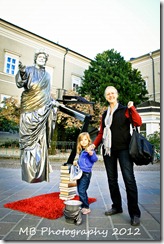 We headed back to the hotel to try to take naps (unsuccesfully) and to pick up Mark who was done working on his paper.  We went to Mirabell gardens where they filmed the Do Re Mi song in the Sound of Music. 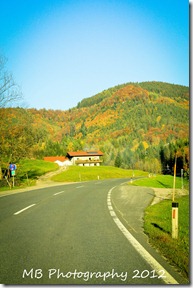 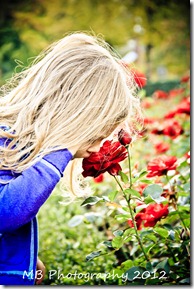 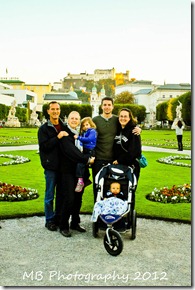 Maria and the kids danced around this fountain, bounced up and down these steps and ran through the garden archway.  It was hilarious because everywhere you looked there were people acting out various parts of the song.  Too funny! 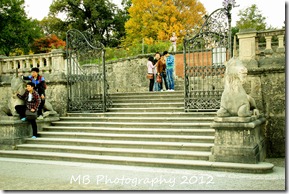 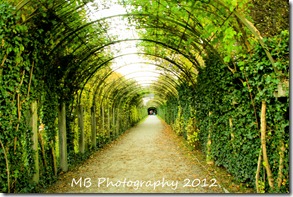 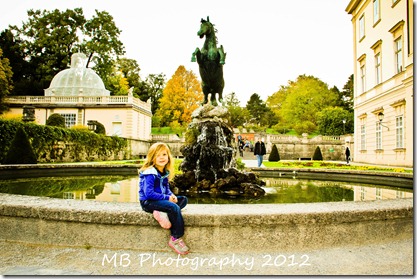 When we were done touring Mirabell Gardens, we decided to find something to eat, which, as usual, took as a good 30+ mins to find a place.  We chose wrong this time however.  We ate at some nasty Chinese place that really wasn’t good at all.  Bummer.  But again, during our long walk around Salzburg trying to find a place to eat, I got a few good shots. 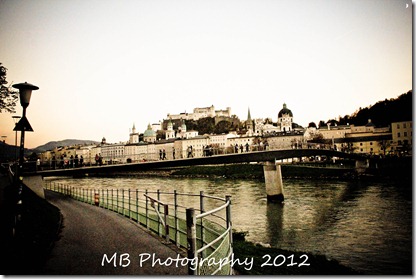 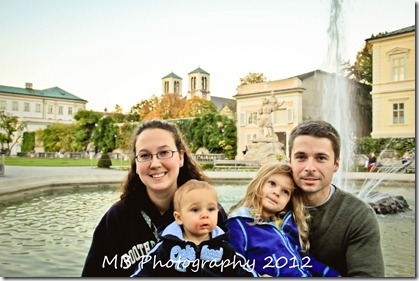 We went to Hellbrunn Palace for our last day in Salzburg.  More on that soon!

It looks like the weather was perfect! Too bad you didn't have more time to go to The Eagle's nest, the views from there would have been awesome. The day we went, it was cloudy and foggy, couldn't see more than 15 feet away.