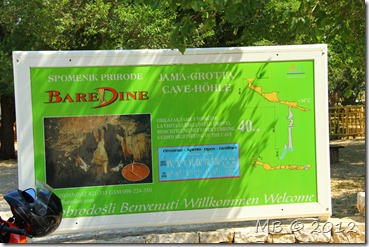 I love visiting caves.  There’s just something really neat about being down in something that is hundreds of thousands of years old.  However, flash photography wasn’t allowed in this cave (or most caves since flashing can damage things down there) and it is REALLY hard to get clear pictures when you have the ISO on your camera cranked way up and the shutter speed super slow to let in enough light, all while wearing a baby who likes to wiggle.  In fact, it’s next to impossible to get a clear shot under those conditions, but we still tried. 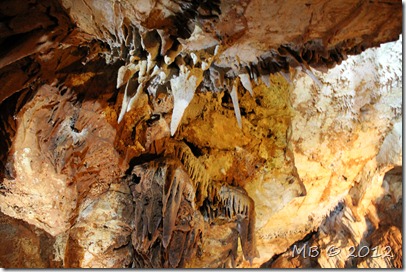 Most of Croatia and Slovenia are riddled with caves, and I think they have some of the largest cave systems in the world.  There are lots of underground rivers in these countries, which creates all of these caves.  Europe isn’t quite as strict with it’s safety standards as we are in the US, so you can tour a lot of the caves.  Love it!! 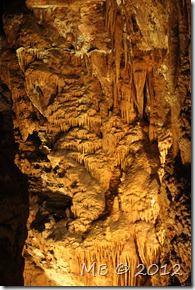 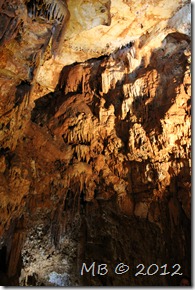 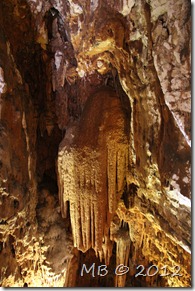 This cave is near Porec, Croatia, and is made of limestone.  There is a tale that a couple got lost in this cave looking for each other in the thirteenth century and both died during the search.  I’m not sure how on earth they would have gotten down there in the 13th century anyway.  We had to go down narrow metal stairways and walkways that were pretty darn steep! 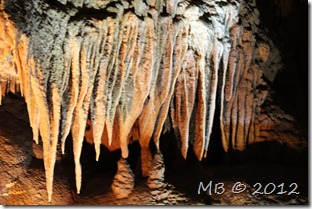 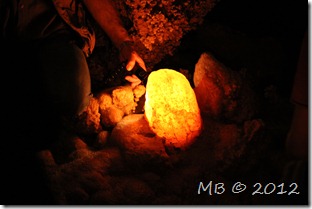 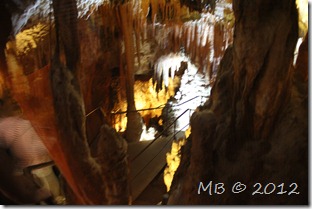 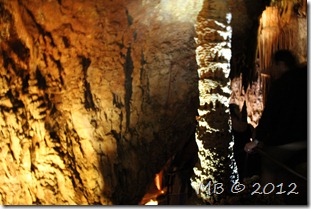 You walk almost 1000 feet into the cave, descending almost 200 feet.  It’s a LOT of stairs, some more like ladders than stairs, which again, is a little tough carrying kids.  I was carrying Ben on my front and Mark had Abbie on his back.  A few times Abbie had to really duck her head to keep from bonking it into something.  It was a workout, but luckily the cave is the same cool temperature all year round. 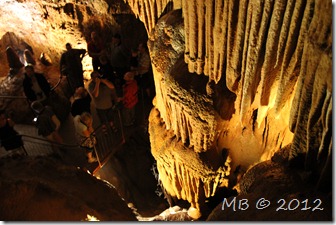 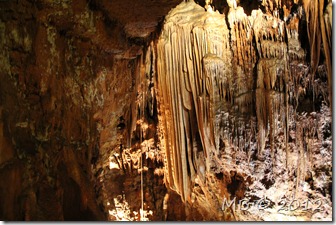 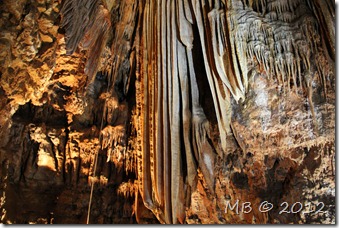 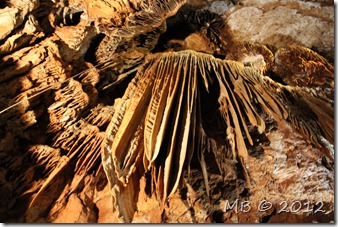 They explained how the formation above was made, but I don’t remember how.  I think it was water running down from somewhere.  The cave was first documented being explored at the beginning of the 20th century.  In 1973 a caving group from Porec when about 250 feet into the cave and in 1986 it was proclaimed a monument of nature.  They started preparing it for visitors in the early 90’s and it’s been open for visitors since 1995. 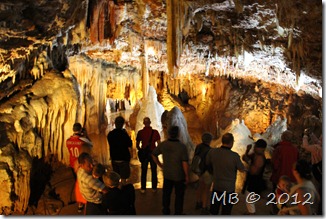 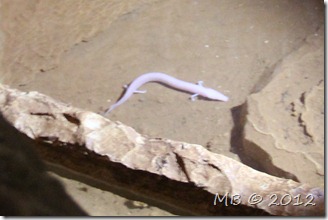 The cave apparently has 5 lakes in it, and we got to see one of them.  One of the coolest things about this cave is that we got to see one of the little worm/lizard things that are native to this area and only live in caves.  I’m not going to bore you with the scientific name, but their little eye-less worms with legs that live in caves in this area.  We’d heard about them before in the Slovenia caves we visited, and they had one in a tank there, but these ones were in this lake at the bottom of the cave.  So cool!  (The lake is pictured below.) 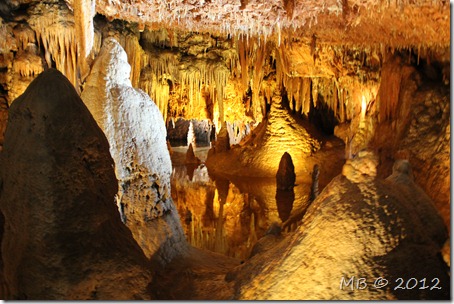 And they think the cave is named “Baredine” because of how “bare” the land is above the cave.  Every time I visit caves I find myself wondering what else you could find under the surface of the Earth.  It fascinates me! 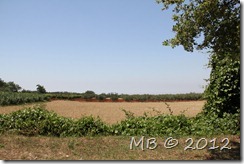