A short visit with family 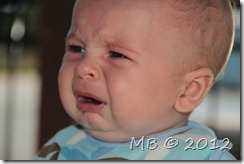 This weekend we had eight (8!!!) of Mark’s family members drive down from southern IL to visit us here in Montgomery.  Ben was a tad bit overwhelmed when they all got here and he started to cry, which kind of surprised me.  He’s never done it before and I didn’t think he was old enough at 4.5 months old to really be that aware/affected by what’s going on around him.  He was not a happy boy when I passed him off the first time.  He adjusted pretty quickly to having everyone around though. 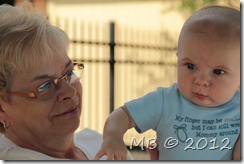 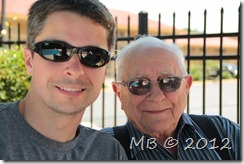 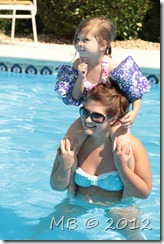 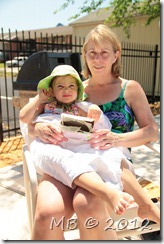 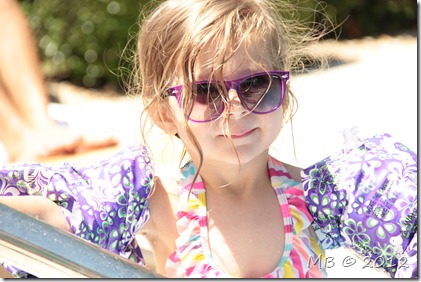 Abbie had loads of fun in the pool at their hotel.  She had lots of fun with Mark’s cousin, Paige.  When someone was quizzing Abbie on everyone’s names, Abbie said, “She’s Paige, like in a book!”.  And Abbie always has fun with her grandma Donna.  They played in the pool quite a bit! 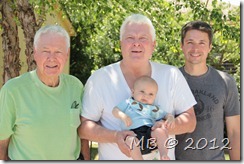 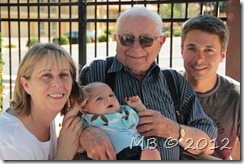 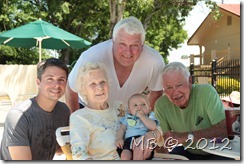 We got some 4 generation pictures also.  Mark’s mom’s dad is 93 year old, so we were especially excited that he was able to make the 8+ hour trip down to meet his great grandson for the first time.  And Abbie really her great-grandpa “Papa” too.  She would randomly crawl into his lap and snuggle up to him.  It was really sweet.  Mark’s dad’s parents also came down too. 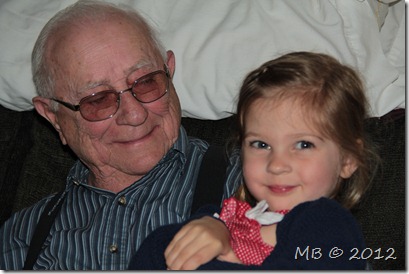 They had fun feeding Ben and passing him around so everyone got a chance to hold him and he did pretty well with all the attention.  He’s a funny boy because he doesn’t at all like to be held when he wants to go to sleep.  He gets really fussy and wiggly and starts throwing his head around, and that’s our cue to put him down somewhere – bed, car seat, stroller – anywhere but your arms.  Silly boy.  But he definitely likes to eat! 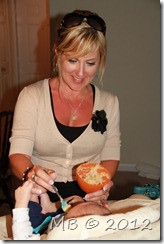 We’ll be seeing Mark’s parents again in less than a month, but hopefully it won’t be another 5 years until we see everyone else!  We all had a good time visiting.  Goodbyes are never easy, especially when you don’t know when you’ll see them again. 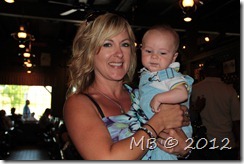 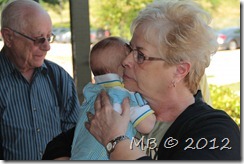 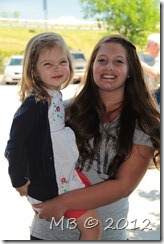 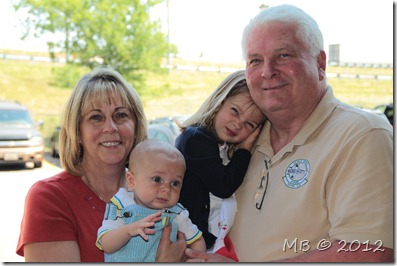 Awe how fun!! I love big reunion gatherings, but is hard when they are so spaced out. Life can change so much during that time.. then it is like playing catch up.

Love the new heading. We all had a good time thanks for everything. Love the pictures