Our four days at my parents house were a whirlwind.  We are so lucky to live in Italy, but it’s really hard having young kids and not being on the same continent as the rest of your family.  Our Italian landlords live right next door to their parents.  And they just moved into another house on the other side of their parents.  We walked back by their house and they’d made a new path, with steps and a railing, going right up to their parents house.  I can only imagine all the fun Abbie would have if she could just walking up a short path to my parents house.  I know that our landlord’s mom watches her youngest child all day, and more than once I’ve seen her carrying baskets of laundry, all clean and folded, and bringing wheelbarrows of cut firewood over for them.  Must be nice…  =)

My 96 year old grandma got to meet Ben for the first time, along with my brother-in-law and sister-in-law. 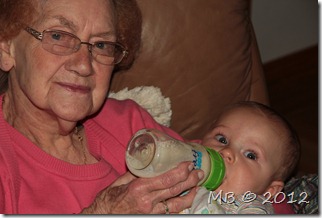 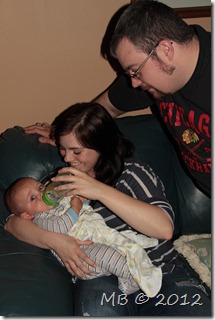 My sister has three boys now, but the older two, Cameron and Miles, have lots of fun with Abbie.  She LOVES playing with them.  She loved it last summer and she loved it even more this summer.  The oldest one, Cameron, is SUCH a good little kid.  He really watches out for his younger brothers and Abbie and he’s a nice little boy.  I wish we could spend more time with them all.  I wanted to get a picture of just Ben and my sister’s youngest, Treyson, but Trey was sick and I really didn’t want Ben getting sick before we had a long trip back to the States, so we didn’t get them close to each other. 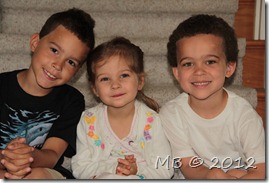 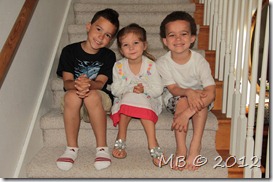 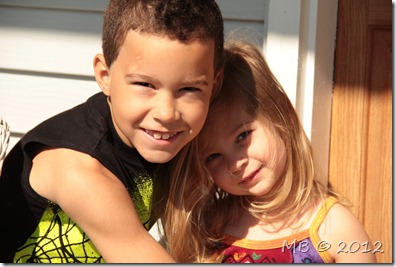 Abbie had a great time with all of her grandparents.  She really thrives when she’s with them and I’m pretty sure they enjoy their time with her too. 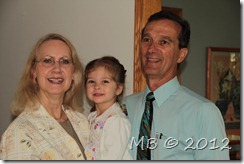 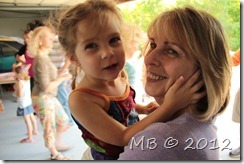 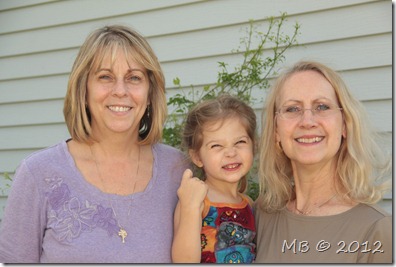 Here’s the first four generation shot we took when Abbie was 6 weeks old, back in 2009. 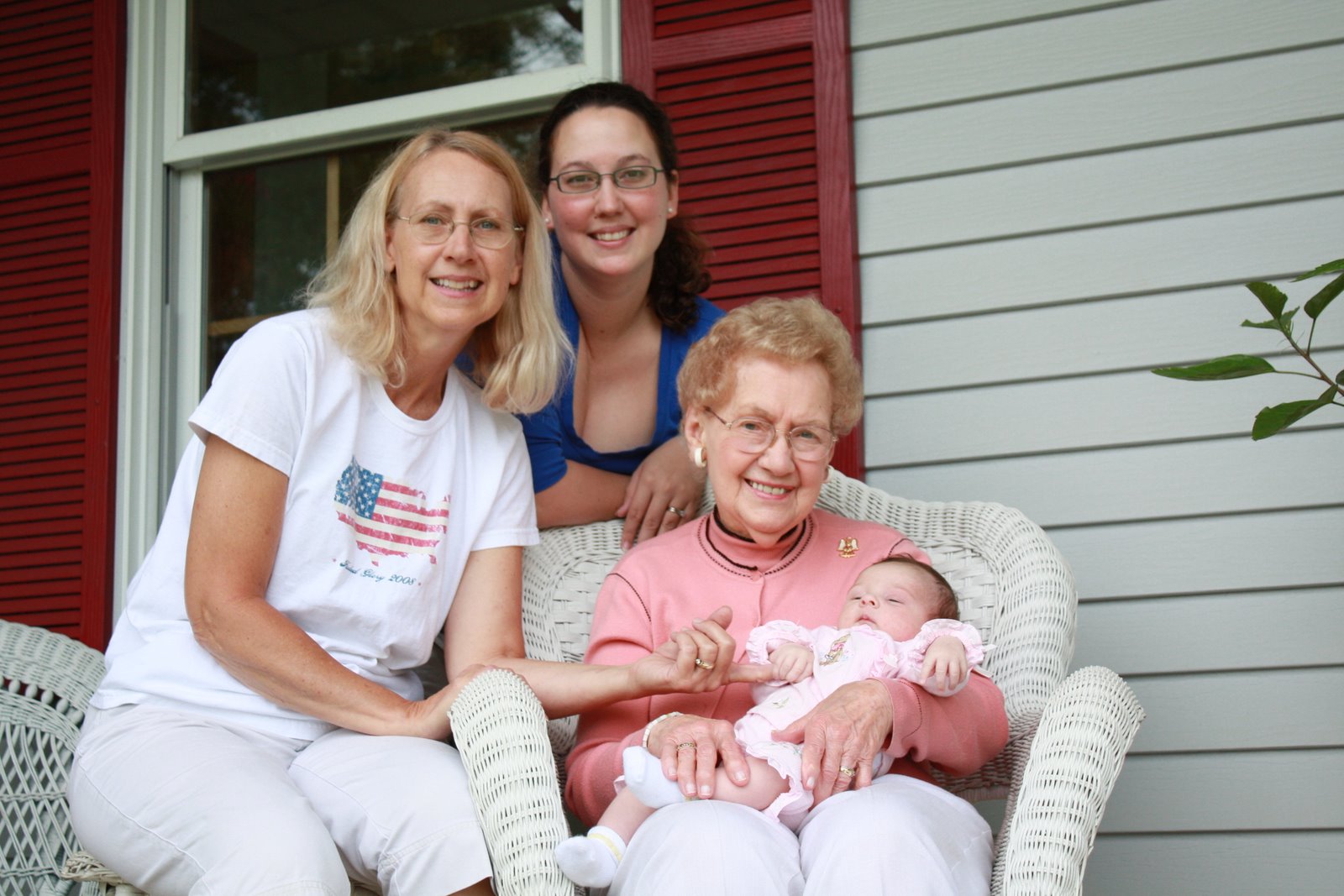 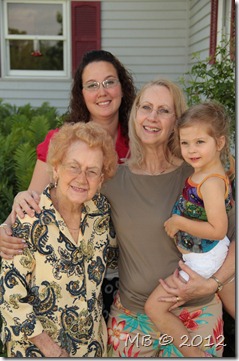 We got a good picture of my parents with all of their grandkids. 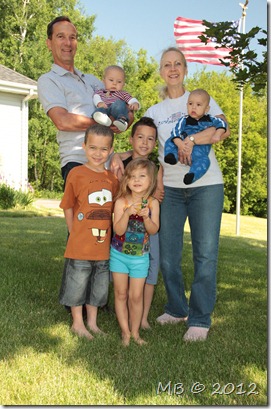 Abbie absolutely loves it at my parent’s house.  She loves to be outside, and they have a lot of land, away from busy roads, so she is able to truck around outside by herself and do her own thing.  My parents Golden Retriever, Maddy, is never far behind her either.  Abbie constantly asks when we get to go back to grammy and grampy’s. 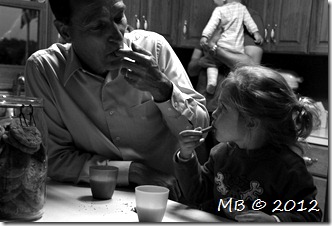 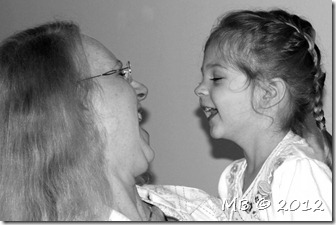 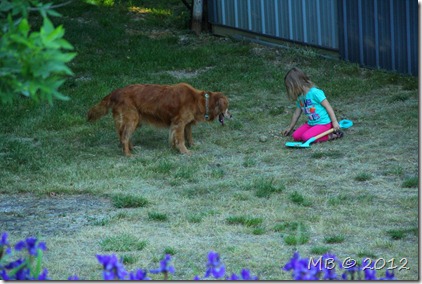 I love this picture of my dad and Ben. 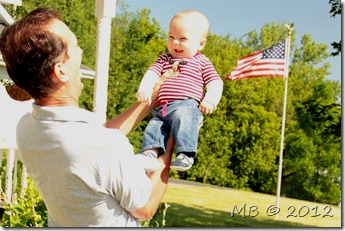 It was harder to leave home this time.  Partly because Abbie is much more aware when her grandparents aren’t around anymore, and partly because my parents are moving so I probably won’t be back to that house ever again.  But we’ll be able to make memories wherever they live. 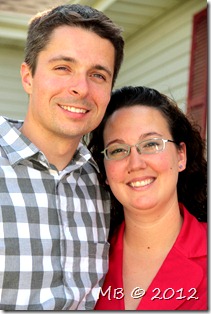