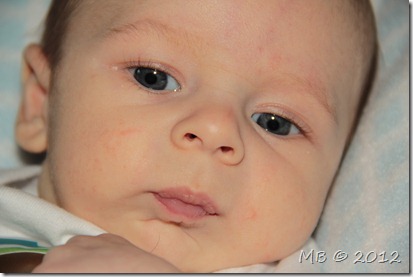 Here are Ben’s 2 month photos that I took.  He is so long and skinny, but Mark’s mom said he was the same way when he was a baby.  I’m still going to try to fatten him up some. 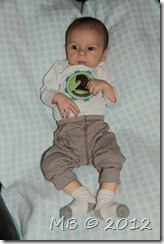 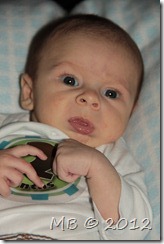 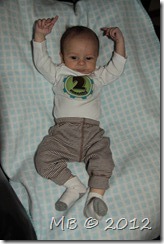 It was a little hard to get photos with the “2 months” showing since he likes to keep his little arms tucked up by his chest, but I got him to relax a little for some of the photos. 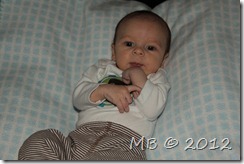 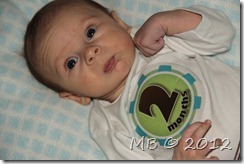 I’m trying really hard not to freak out about him losing weight, but in reality, I am pretty worried about it.  Yesterday I had to do my fourth diabetes test (getting rather tired of them), and while I was at the clinic on base, Brittney had me meet with the pediatric nurse while I was there.  (I hate that Brittney works because I want to spend more time with her, but it is VERY convenient have her work at the clinic on base.  I feel like she’s totally my hook-up there and she gets me answers about the kids and can make me appointments when other people don’t call me back to schedule appointments, etc.  It’s been nice, but I’ll be glad when she doesn’t work anymore too!  Thanks Britt!  You’re the best!!)  So we weighted my skinny boy, and he was still 9lb5oz totally naked, and with his diaper he was 9lb6oz.  So at least he hasn’t lost weight in 2 days.  The peds nurse also measured him again and she measured him at 23 1/4” so he’s gained 3/4 of an inch since birth.  He’s pretty long.   She said that he should be gaining 15-30g per day and right now he’s only gaining about 9g per day.  She said he doesn’t look or act malnourished, which is what I was concerned about, so that made me feel a bit better.  I’m just going to nurse him more and offer him a bottle occasionally until he’s gaining weight the way he should be. 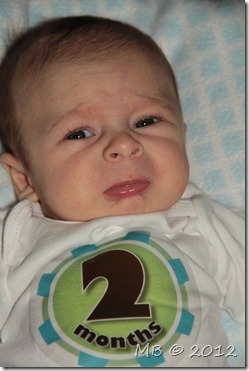 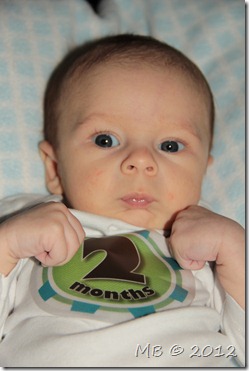 And just for fun, here’s the comparison of Ben’s and Abbie’s 2 month pictures.  (At 2 months Abbie weighed 10lb14oz and she was 10oz heavier than Ben was at birth.) 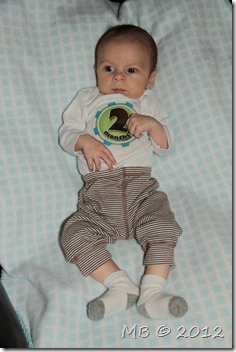 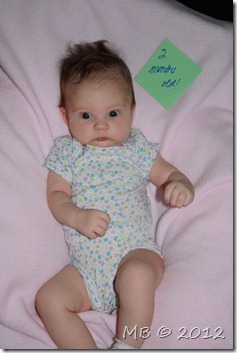 I can't get over how cute little Ben is and how similar him and Abbie look at this age. They are siblings for sure! Don't worry, he's going to grow up to be a normal little kiddo, tall and skinny just like Abbie. Relax and enjoy him being so little and sweet right now but I'm praying for you and your sweet family. Miss you, friend!

Love the facial expressions! He is so long and skinny.. gooodness gracious! Is your hubby tall?