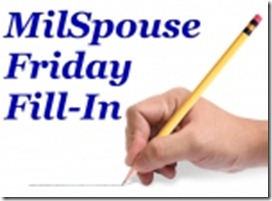 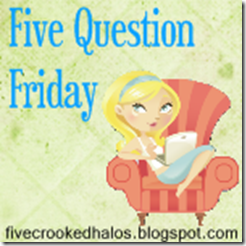 1. Where do you escape to when you've had enough?  My bed usually.  When I’ve had enough, I just want to get away from it all and sleep.

2. What shows are you watching this fall?  Well that’s a little tricky being in Italy and all.  I have to download all the shows I want to watch.  But I LOVE Parenthood, Survivor, Grey’s Anatomy and Dancing with the Stars.  If I was in the States I’d probably watch a few more, but it’s a pain in the butt when we’re over here.  Besides, I’ve been so busy I don’t have time to watch TV anyway.

3. What was the longest roadtrip you've ever taken and where did you go?  In the States we drove from Phoenix to Chicago, which was a LONG trip, especially with a 6 month old.  In Europe, we drove from Ramstein, Germany, down to the French Riviera (Nice and Cannes), then down through Pisa and Florence, Italy to Rome, and then up through Innsbruck, Austria to Southern Germany and then back to Ramstein.  Took about 3 weeks and we had a blast!

4. Do you plan on taking your kids to Disney World?  Yes, for sure!!  The last time Mark and I were at Disney (in 2008 I think) we talked a BUNCH about how we couldn’t wait to bring our kids to Disney.  We’re going to wait until they’re a little older so they will enjoy it more and remember it, but we’re already VERY excited.  That was the one thing Mark asked me not to do with Abbie while he was deployed – he didn’t want me to take her to Disney without him.  I wouldn’t have dreamed of it anyway since I know how excited he is about taking our kids there.

5. What is something people would surprised to know about you?  I’m not sure anything about me is “surprising” but considering most people reading this really don’t know me much at all, maybe anything would be surprising.  ??  I think the average person meeting me for the first time thinks I’m a quiet, reserved person, which is partially true.  I am more comfortable being an observer vs being in the center of attention.  However, I am incredibly spontaneous too.  Once I get an idea in my head, I go full-bore until I’ve accomplished it.  For example, in 2005, after Mark graduated from college and commissioned into the Air Force, he moved to Montgomery, AL to go to ASBC (a course everyone has to take).  I was still in Milwaukee.  Mark and I were talking on the phone at 9pm on a Friday night and he mentioned he had the weekend off and I did too.  I decided right then and there that I wanted to see him so I packed a little bag, jumped into my little Jetta and drove 12 hours straight through the night to Montgomery and arrived there around 10am.  Crazy, but I did it.  And I called my parents an hour into the trip to let them know what I was doing and they didn’t even freak out!  I was shocked.  I ended up staying down there for a few days and we went to FL and spent time in Destin.  It was a lot of fun and I don’t regret for a minute than I did it.  I also was pretty spontaneous when I decided to move down to FL with Mark.  From the time we casually talked about it until the time I had decided to quit my job, drop out of school (although I already had a bachelor’s degree and was going back for a 2nd degree – not sure it would have happened like this if I hadn’t already had a degree), cancel my loans, move out of my apartment and drive all my junk to FL from WI in a horse trailer was less than a week.  And again, I don’t regret that decision one bit either.

Good luck with the potty training! It was super frustrating with my oldest, but I'm hoping that my little guy will catch on quickly.

I'm the same way! I think when most people meet me they assume I'm shy and quiet but I just need to get comfortable with my surroundings before I let it all out. I'm super impulsive and spontaneous and have done similar things, lol. I came to Florida on vacation and loved it so much that within three weeks I had sold all my stuff in California and moved to FL with three suitcases. Met JP three weeks later, now almost 6 years and 3 kids later and I don't regret one tiny bit of that decision! And I'm still making impulsive, spontaneous decisions :)

Hi! I am Lauren from Souls to Squeeze hopping over from 5QF and I am married to a C17 pilot! I also just picked up and moved right after my husband graduated from UPT. ;o) Luckily our first assignment was semi-close to where I am from. ;o)

That is so cute about Disney World! Aww. I am definitely the same way where I can be quiet and reserved but have a spontaneous streak in me sometimes too. Thus packing up 2 bags and moving to Hawaii. haha

Potty training... I cant wait. I am so tired of diapers. Mine is still a bit too young but soon. Have a great weekend!

Found your blog through 5QF and I am so happy I did :) Loved reading through your answers. I too wish my house cleaned itself! That would be wonderful! Hope your weekend is going great!