Hot Springs and the kiddie pool

Also, while in Steamboat Springs, I wanted to check out the hot springs in the area that I’d heard of.  We drove up to Strawberry Park Hot Springs, which was about 15 mins from town, including a 2+ mile BUMPY ride on a gravel road.  My pregnant belly didn’t enjoy that too much, but the drive was beautiful.
Since we didn’t pay to go down to the springs, we couldn’t get very close to them.  But there were a few people down by them and next time I’d like to go in them, when Mark is along.  Abbie probably would have loved it, but I wasn’t sure how hot they were either.  So we stood on a hill overlooking them and took pictures. 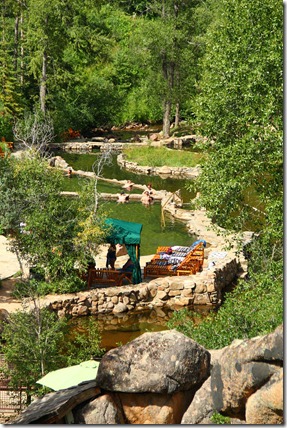 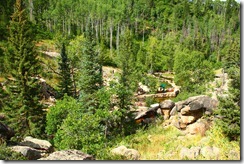 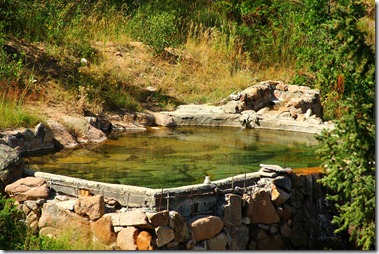 Abbie had fun watching the chipmunks.  They are pretty darn cute. 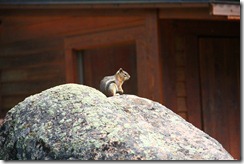 I had fun messing around with my camera too. 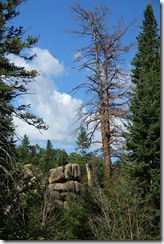 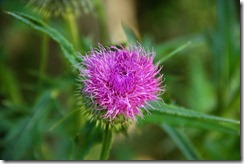 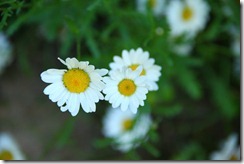 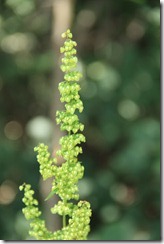 Taking a break from chasing Abbie.  (Wearing one of my new “moose” shirts – which is Mark’s call sign.) 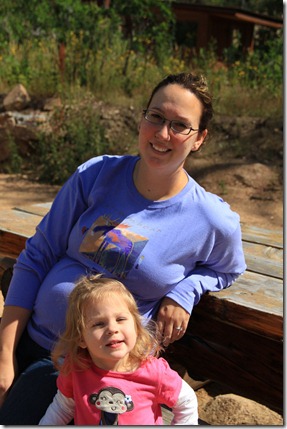 A few pictures from the drive down. 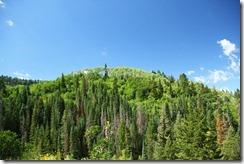 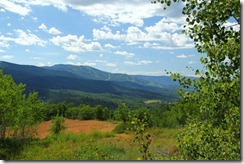 Check out the REALLY old ski lift in this photo. 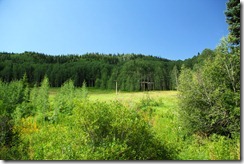 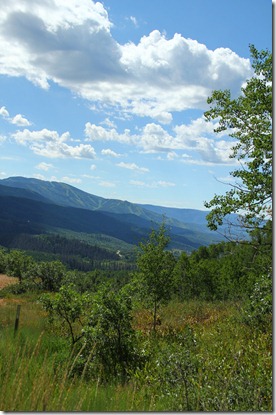 I know I’ve said it a zillion times, but I could easily live in CO.  Or more specifically, right here. 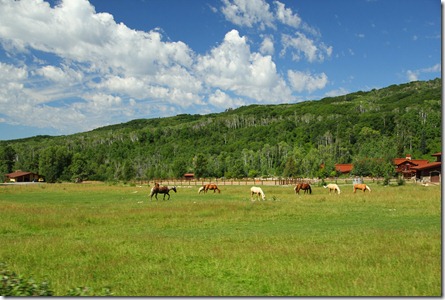 Abbie is definitely her daddy’s kiddo.  She LOVES water.  She’d been asking to go to the pool since we’d gotten to Steamboat Springs.  One night I told her she could go swimming in the big jetted tub in the room and she said “No mommy.  I no want to swim in the bathtub.  I want to swim in the pool.”  I still can’t believe she can talk like that at 27 months.  She definitely knows what she wants.  So we took her to the pool and she had a blast playing with a 4 year old named Caroline there. 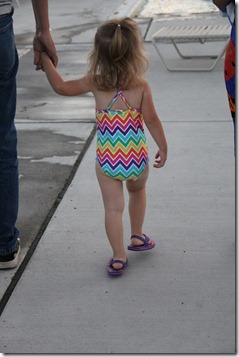 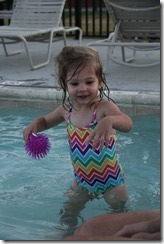 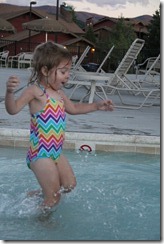 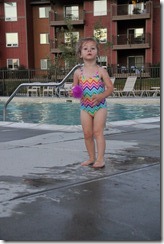 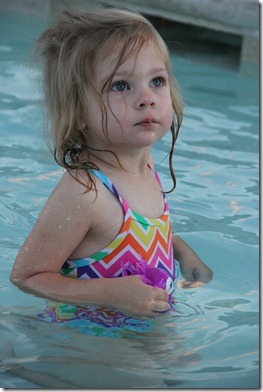 Steamboat was great.  I would like to see what it’s like in the winter when it’s covered in snow.  Hopefully someday we’ll be able to make it back there in the winter, although Mark’s not a big fan of skiing, so we’ll see.

I am so jealous of all the awesome pictures you're taking with your new camera. And seriously, the moose shirt, and your husband's call sigh being moose, could you be any more adorable? And I love that last picture of Abbie in the water! She is one smart cookie it sounds like. Knowing what she wants is good practice for when she is 16 and wants to borrow the car! lol