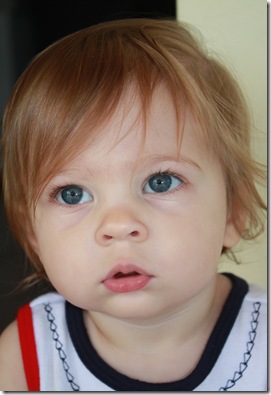 Abbie and I have good days and bad days, good weeks and bad weeks.  It seems to go in phases.  Today has not been a good day at all.  And this week hasn’t been that great either.  She’s been having sleep issues – not going to sleep at night easily, waking up during the night and not taking naps.  I don’t quite know what the deal is.  It just seems as though some days she needs more sleep than others.  We have a fairly consistent routine, but sometimes she wants nothing to do with it.  It makes it hard, especially when Mark is gone, because all I want is a little peace and quiet and time to myself, and I don’t get that when she doesn’t sleep. 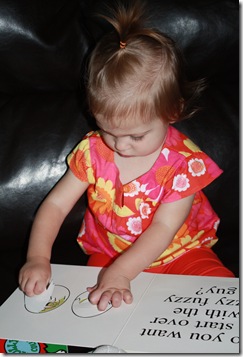 Last night she slept really well.  I’ve been getting her up at 9:30am every day.  Sometimes she’s already awake, sometimes I have to wake her up.  I try to get her down for her nap between 1:30-2:30.  She’ll usually at least lay down and drink her afternoon bottle for 30 mins, but today she screamed as soon as I put her in there, which is very unusual.  She finally calmed down and drank her bottle and then was up 20 mins after she fell asleep screaming again.  *sighs* 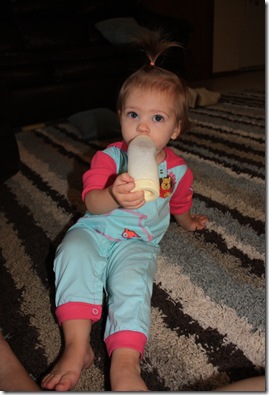 This has not been a good week for me.  I haven’t been dealing with this TDY well at all.  I haven’t been sleeping well, have been really upset and stressed out, and I think that’s probably part of the problem.  Abbie is picking up on me being unhappy.  Sometimes I really, really question whether or not I’m cut out for this military spouse stuff.  My mom always says “Well you knew what you were getting into when you married Mark.”  I beg to differ.  I had NO clue what it would be like to be married to someone in the military.  I had no clue how I would handle separations, or how long separations would be or what it would be like to move away from friends and family or live in a different country.  That’s like saying you know what a new food is going to taste like just by looking at it, or what it’ll be like to raise kids before you are a parent. 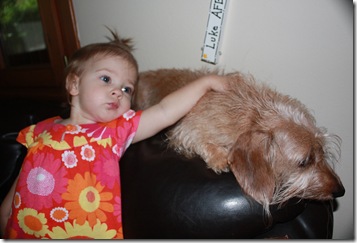 I HATE being away from Mark, and when he’s gone that’s all I can think about.  I have no clue what I’m going to do when Abbie starts getting separation anxiety from him too.  I wish I could just snap out of this mood I’ve been in, but I don’t know how to do that. 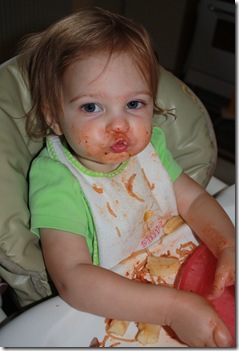 Abbie is currently, as I type, testing her my limits.  She’s standing next to me and screaming at the top of her lungs.  She wants me to watch what she’s doing and as soon as I look away, she screams.  This no nap thing really doesn’t work out too well for her and it REALLY doesn’t work out well for me.  She is just so whiny, but screams when I try to put her down for a nap, which makes my headache even worse than it already is and makes me just want to leave. 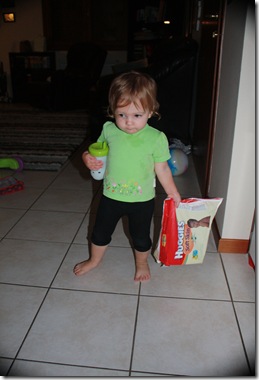 Abbie has also started pinching.  She pinches the back of your arm when you’re holding her, especially if you’re not doing what she wants you to do.  *sighs* I think I need a vacation. 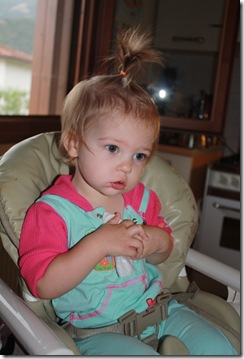 I found a babysitter on a craigslist-type thing here.  I’m afraid to use her.  I guess I’ll try to meet her, but it makes me so nervous to leave Abbie with someone I don’t know, even though I would LOVE a break right now.  I’m caught between being afraid of what could happen to her when I’m not around, and really, really wanting some alone time.  She gave me references, so I guess I’ll try to call them, if I can ever get Abbie to nap. 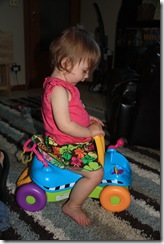 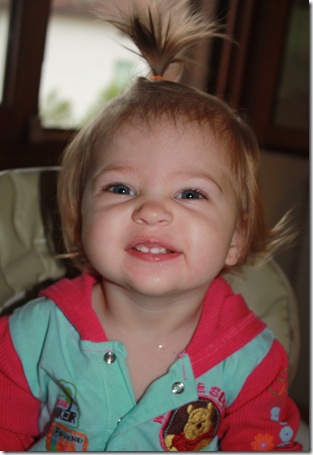