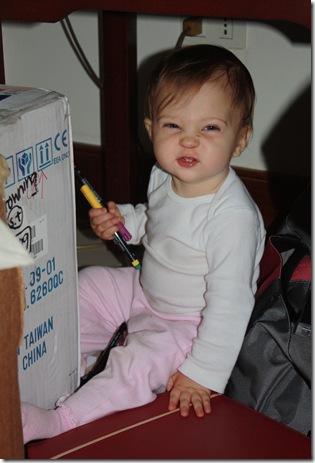 So yesterday the plague that’s been in this household since we got here it seems, hit Mark, and hit him pretty bad.  So today we went to the flight doctor and had him checked out.  The nice thing about seeing a flight doctor is it’s different from family practice.  Mark always has to see a flight doctor, but I can see either.  The appointment was only for him, but they checked me out too since I was there.  They think that he possibly could have strep throat, but won’t know until tomorrow since it was a 24 hr culture test.  He looked in both of our throats and said Mark had a ton of drainage and mine was really red and irritated, and listened to our lungs and Mark’s was fine and mine were a little wheezy.  I feel fine except for my annoying cough and my throat is killing me.  I asked what meds I could take while nursing Abbie and he gave us disgusting Cepocal lozenges that taste terrible and don’t exactly work.  They numb our entire mouths, but not our throats really.  Anyway, they put Mark on quarters, meaning he can’t leave his living quarters for 2 days now, until he’s released from quarters.  Good thing he’s not too busy with training yet and is still waiting for clearances.  Hopefully we’ll all feel better in a few days. 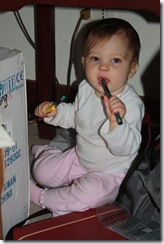 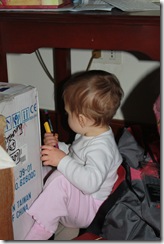 Little pips still has an icky cough and her nose is still going quite a bit, but she’s still active as ever.  She’s finding all sorts of things to get into.  The other day she used her little walking toy to walk while on her feet instead of her knees for the first time.  And she’s started “sharing” everything.  She picks things up and tries to give them to you.  It’s really cute.  Now we’re working on signing please and thank you with her. 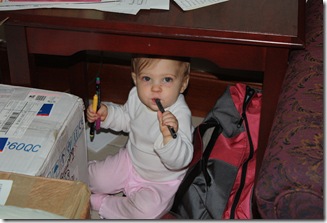 She is fascinated by the washer in our TLF.  We might just have to get a front loading washer when we get back to the States, just so she can watch it. =)  (KIDDING!) 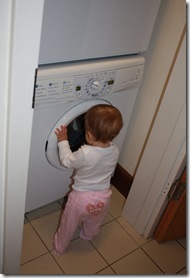 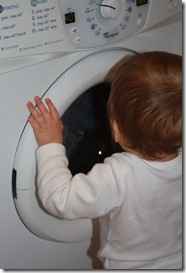 So things are definitely different here in Italy.  The #1 thing standing out to us since we’ve spent so much time in the TLF lately, is the TV…  We get AFN channels here.  (Armed Forces Network)  They basically record shows from a bunch of different channels and put them all on 5 channels here, and their show selections suck.  The only show we’ve been able to keep up with has been Survivor.  Shows are played a day late here, if at all, and the recording quality leaves much to be desired.  Lots of times there is this incredibly annoying background “music” playing during the entire show.  I’m hoping once we get the desktop computer up and running at our house, we’ll be able to watch things online.  My fingers are crossed.

The other thing is we buy gas with coupons.  Because gas is so expensive in Europe, the military lets us buy coupons for gas.  So we bought coupons for 200 liters of gas, for about $176, which means we’re paying about $3.45/gallon.  Gas here is about 1.21Euros/liter which is about $6.25/gallon.  So we hand the gas station attendant (most here are NOT self service – they pump the gas for you) these coupons we buy from base, and then base pays the gas stations.  Kind of a process but it’s fairly simple and it saves us money.

The other thing I noticed – ya know that grated parmigian cheese you buy in the green containers?  It tastes NOTHING like the real stuff.  We bought a wedge of cheese that we grate ourselves and it tastes completely different from the American stuff.  And we have to buy our milk in half gallons here.  And the big potatoes here cost a DOLLAR EACH!  I about died!  Guess Idaho is quite a ways from here!

lol Please tell me you are not talking about KRAFT parm. cheese compared to REAL cheese. LOL.

Sorry to hear all are sick (we are too). Hope you all get better soon and get to explore!