As I’ve said before, Cirque du Soleil shows are kinda Mark and my thing to do together.  The tradition started long ago, back in 2005, when we went on a spring break trip together to Orlando.  This was a few months before we started dating.  We saw our first Cirque show, La Nouba, in downtown Disney, and even sat in the front row.  It was exhilarating to say the least.

Our next Cirque show was a few months later, in May of 2005.  We drove up to Montreal, Quebec to see Corteo, which opened there, with Mark’s brother Ryan.  I would say on this trip Mark and I officially started dating.

Our next 2 Cirque shows were viewed in Vegas in June of 2006 on our honeymoon.  We saw Zumanity (and had front row seats to the flopping boob show that it was) and Mystere, which was a great show also.

In April of 2008 we went on a trip with my co-workers to Vegas and saw Ka while we were there.  That show had the most amazing stage I’ve ever seen in my entire life.  The whole thing was this huge platform that rotated every way possible, including completely vertically.  Mark really liked that one.

We drove down to Oklahoma City when we lived in Enid, in Dec 2008 and saw Saltimbanco there, which was another great show. 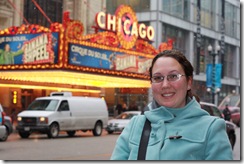 gift to us this year was buying us tickets to see Cirque’s newest show, Banana Shpeel, which is currently  playing in Chicago.  We took the train 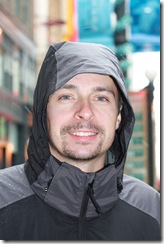 downtown yesterday and had lunch at Potbelly’s and then saw the show.  It was great!  It wasn’t as circus-y as the other Cirque shows.  It was a mix of slapstick comedy and vaudeville and it had more dancing than all the other shows we’ve seen.  We really enjoyed it, despite me missing our Pippers like crazy.  I’m not at all used to leaving her with other people, even if it was her grandma.  The weather in Chicago was cold, foggy and snowing, and I loved it.  It was refreshing to see everyone bundled up in the coats, hats and scarves.  I miss it. 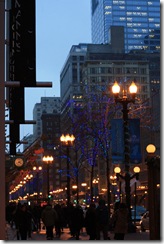 It will be great to watch Cirque Du Soleil - Mystere, i have bought tickets from
http://ticketfront.com/event/Cirque_Du_Soleil_Mystere-tickets looking forward to it.